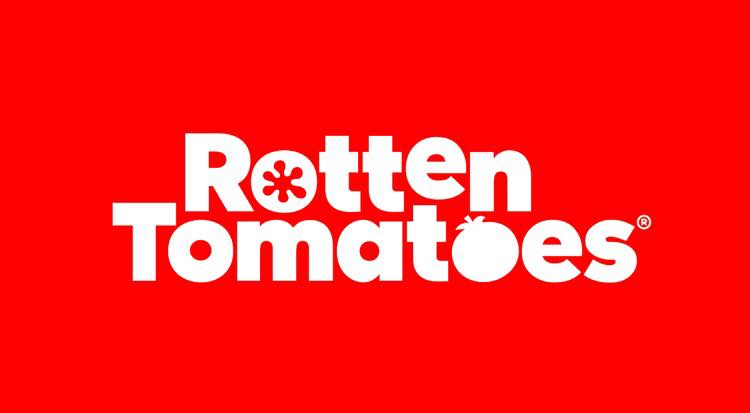 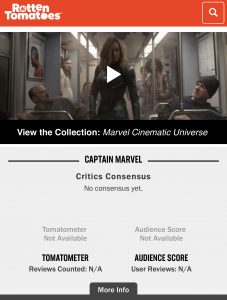 Earlier today, Rotten Tomatoes released a statement describing a recent adjustment it has made to a few areas of their website which includes eliminating the “Want To See” percentage scoring system as well as temporarily disabling comments on a film prior to its release. The assurance from RT is that the comments section will be restored once a film officially goes live so that moviegoers will have an opportunity to discuss, praise or disparage at their leisure.

Recently actress Brie Larson who stars as Carol Danvers, aka the upcoming backhand slap to Thanos’ snap, made what some felt to be a controversial request by suggesting that there be a diversification of press invited to the junkets covering Captain Marvel.  Not one of the reputable outlets who ran the story about the comment made mention of her implying any sort of exclusion of any race or gender in lieu of another.  Although some people read her appeal as progressive, not all members of society enjoy a harmonious balance and unfortunately just want to watch the world burn.

So what do any of the changes at RT have to do with Brie Larsen’s assertion that everyone should feel represented during the Captain Marvel press junket?  Rotten Tomatoes alleges that toxic fan trolling is responsible for abusing the two specified functions previously mentioned, resulting in the necessity for a much needed site-wide housekeeping.  But it also could have been that the mobbish onslaught of negative reactions volleyed at Captain Marvel was triggered in response to Larson’s use of the words “overwhelmingly white and male” in her original statement.  Since a breakdown of the comment did not yield anything particularly discriminatory, it’s the presence of the words describing a specific race and gender that is probably the thing that has garnered the attention of individuals who may be purposely behind the attempted Rotten Tomatoes scoring sabotage.  Lots of bitter chatter throughout social media has also suggested that a certain mouse house movie studio is strong-arming its way to the top by circumventing the usual ratings review system and that this may be the reason for the seemingly sudden changes that are supposedly working in favor of the upcoming release.  But a simple Google search for who the majority shareholders are of the Rotten Tomatoes website will prove that claim as bogus.

Although this could be chalked up as nothing more than a clear case of misinterpretation by a relative few who held a temporary hostile hostage choke hold on internet generated reviews at Rotten Tomatoes, Captain Marvel continues to potentially be on track for a $100,000,000.00 opening weekend.  So if you were wondering if Captain Marvel really had the goods to go head-to-head with the Mad Titan just remember the time she went up against the most powerful force in the comic book universe and still came out on top: the toxic fandom menace!