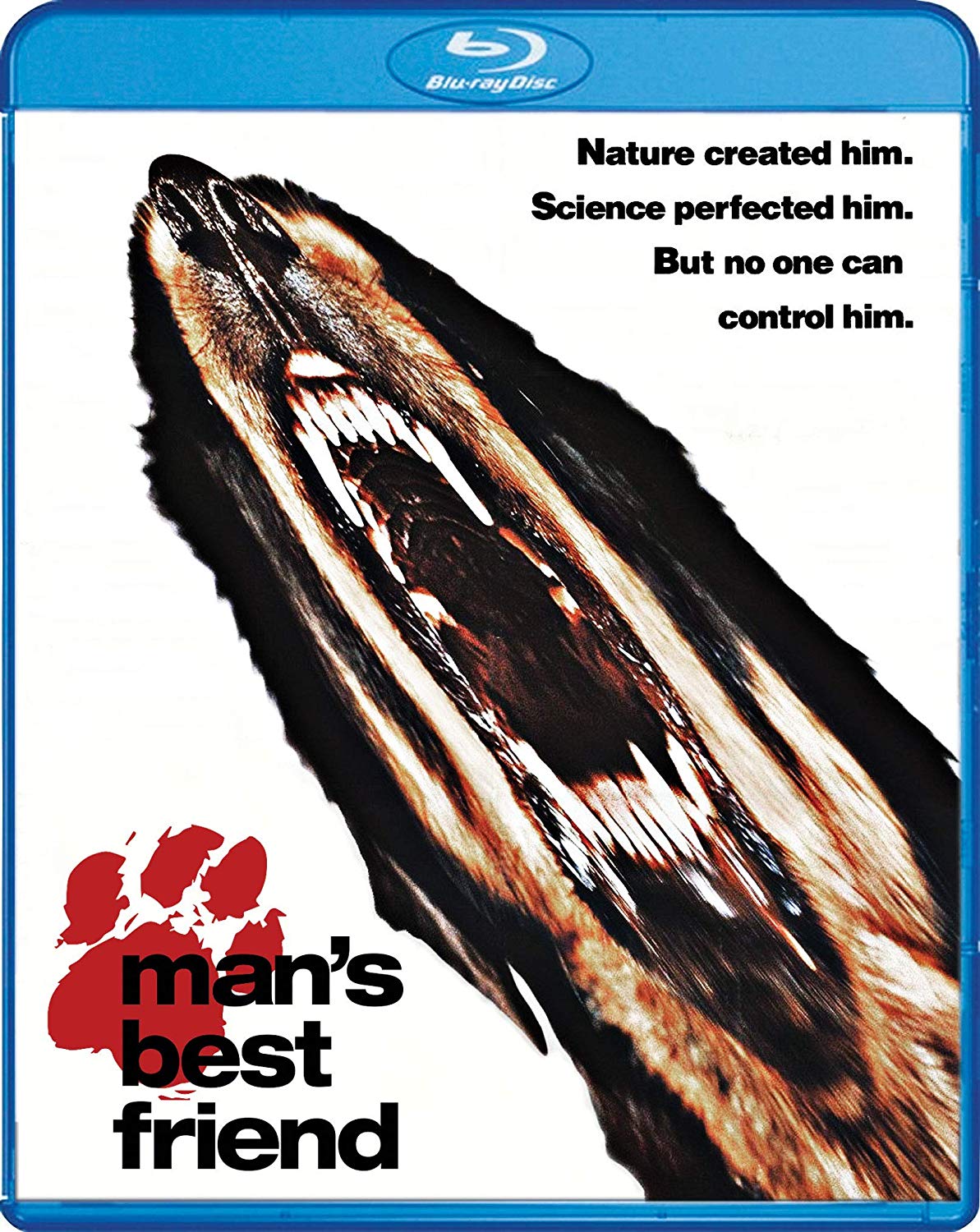 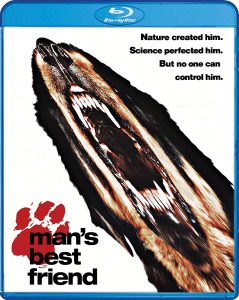 I am so happy Man’s Best Friend finally got a Blu-Ray release. I saw it in 1993 as a horror fan but was won over by its twisted take on the friendly dog movie. After K-9, Turner and Hooch and Beethoven, I loved seeing that genre with a killer dog. Max the dog still goes after cats, mailmen and animal control, but he’s not playing around. He also chews through brake lines and pees acid.

Even now, Man’s Best friend may not qualify for a 4K restoration. I’m happy enough with 2K and would have taken any HD version. It looks good. You can see the film grain and its as clear as it was on opening night. Max the dog looks majestic and his kills gory AF.

The only new bonus features is a commentary by writer/director John Lafia. He doesn’t interrupt the movie too much but when he does he confirms my suspicion that Man’s Best Friend was an intentional homage to other dog movies. Lafia cites Disney dog movies and I fully support redoing a Disney movie with a killer dog. Turner and Hooch was Touchstone.

No Lance Henriksen or Ally Sheedy interviews this time. While I would welcome any talent from Man’s Best Friend to reminisce, i’m not disappointed in the presentation and Lafia’s commentary. That’s more than we got for the dvd during the heyday of New Line DVDs!