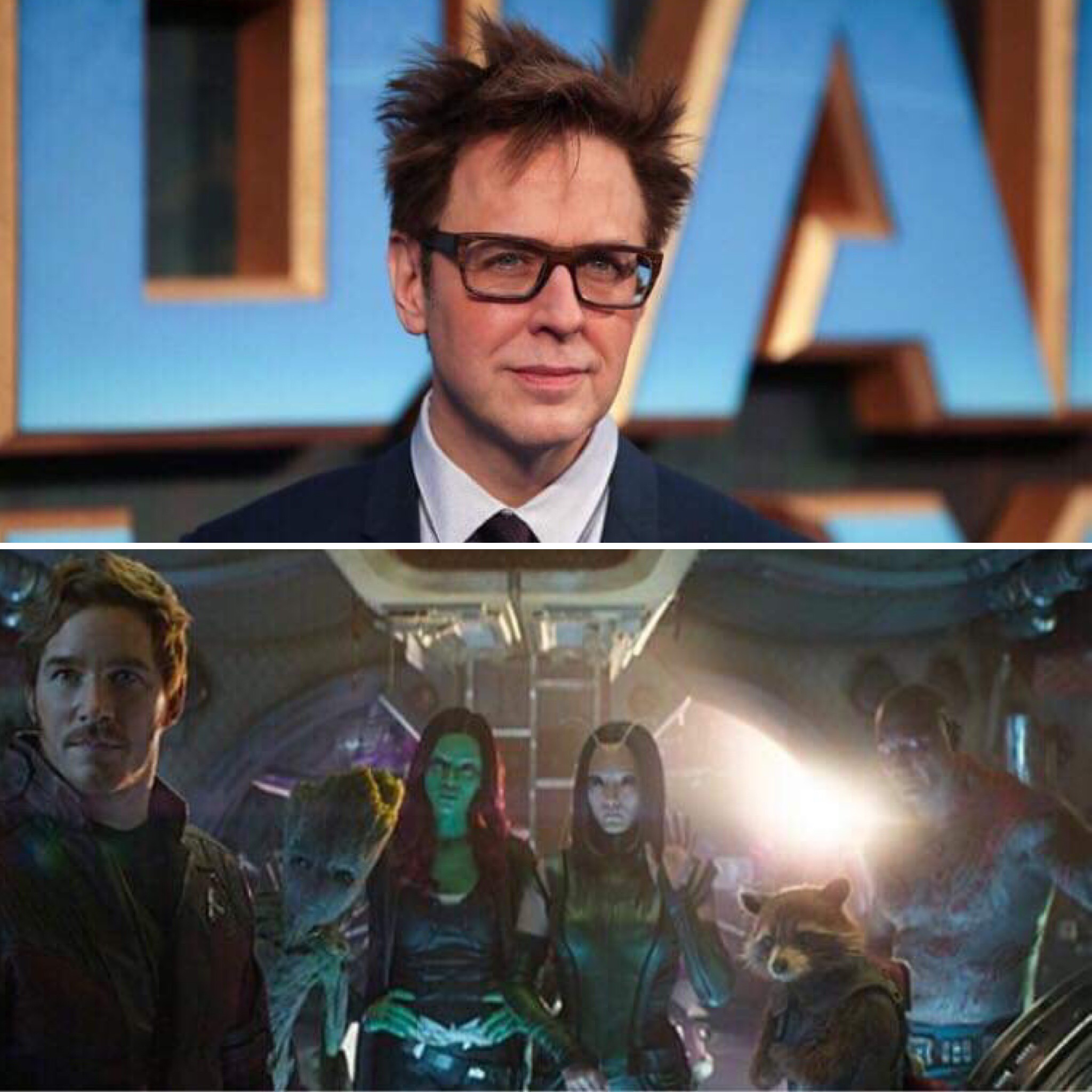 Disney and Marvel seemed determined to drag all of their fans on an emotional roller coaster of dizzying heights whether we were strapped in or not. This week they not only drained us of our tears after revealing the third sneak peek of Avengers Endgame but they have also dropped the news that James Gunn has been restored to his post at the helm of Guardians Of The Galaxy Vol. 3!

Last year the embattled filmmaker faced the wrath of the Twitter army when several of his controversially vintage tweets were rehashed, thus resulting in the swiftest of firings by Disney studio chief, Alan Horn.  Although his apology was sound, the dye had already been cast and Gunn and his Marvel tenure had been kicked to the curb. Warner Bros. on the other hand was quick to capitalize on Gunn’s contrition and scooped him up to take the lead on the next installment of their DCEU bad-guys-gone-good-but-maybe-still-bad-after all ensemble, Suicide Squad. DC fans could not have been happier to have James Gunn lend a helping hand in refurbishing the property.  Although it did do a fair bit of business at the box office, the initial introduction to the Suicide Squad fell flat in its attempt to reach the hearts of audiences overall.  WB’s win over Disney’s loss managed to leave a gaping hole in the director’s chair for GOTG Vol. 3, which none of Gunn’s brethren of lensers were eager to fill.  In addition to the display of solidarity amongst potential candidates who firmly stood against the notion of adopting James Gunn galactic baby, some even within the Guardians family of cast members such as Dave Bautista voiced their option in no uncertain terms to follow their captain over a cliff and abandon production should he not be reinstated as to what many felt was his rightful place in the MCU.  All of this hanging in the balance as Marvel continued to move forward with the current phase of releases including the recent debut of Captain Marvel and the upcoming release of Avengers Endgame.  And it would appear that James Gunn did not allow any of the chaos to dampen his love of comic book adventure tales.  He finished the screenplay for Guardians 3, completed work on Brightburn which is a rather cryptic off-script superhero frightener in the pipe, and he’s made several drastic cast and content changes to the next Suicide Squad movie.

I’m guessing somebody at Disney had their internal phone call placed on hold and felt a connection when they listened to the lyrics of I See The Light from Tangled because here we are today talking about how James Gunn got his job back!  Social media is already abuzz with worry that his involvement with the DCEU may be impacted by his return to the MCU, but that anxiety is assuredly without merit.  In all likelihood Disney will more than happily accommodate Gunn’s commitments to his current obligations, considering it was their decision to sever ties in the first place.

In what could be a weirdly roundabout way of bringing balance to the theatrical galaxies of Marvel and DC, it will indeed be very interesting to see some commonalities shared between two separate productions revolving around two competitive studios with a filmmaker ultimately answering the call to tell the same story about what it means to save the day.