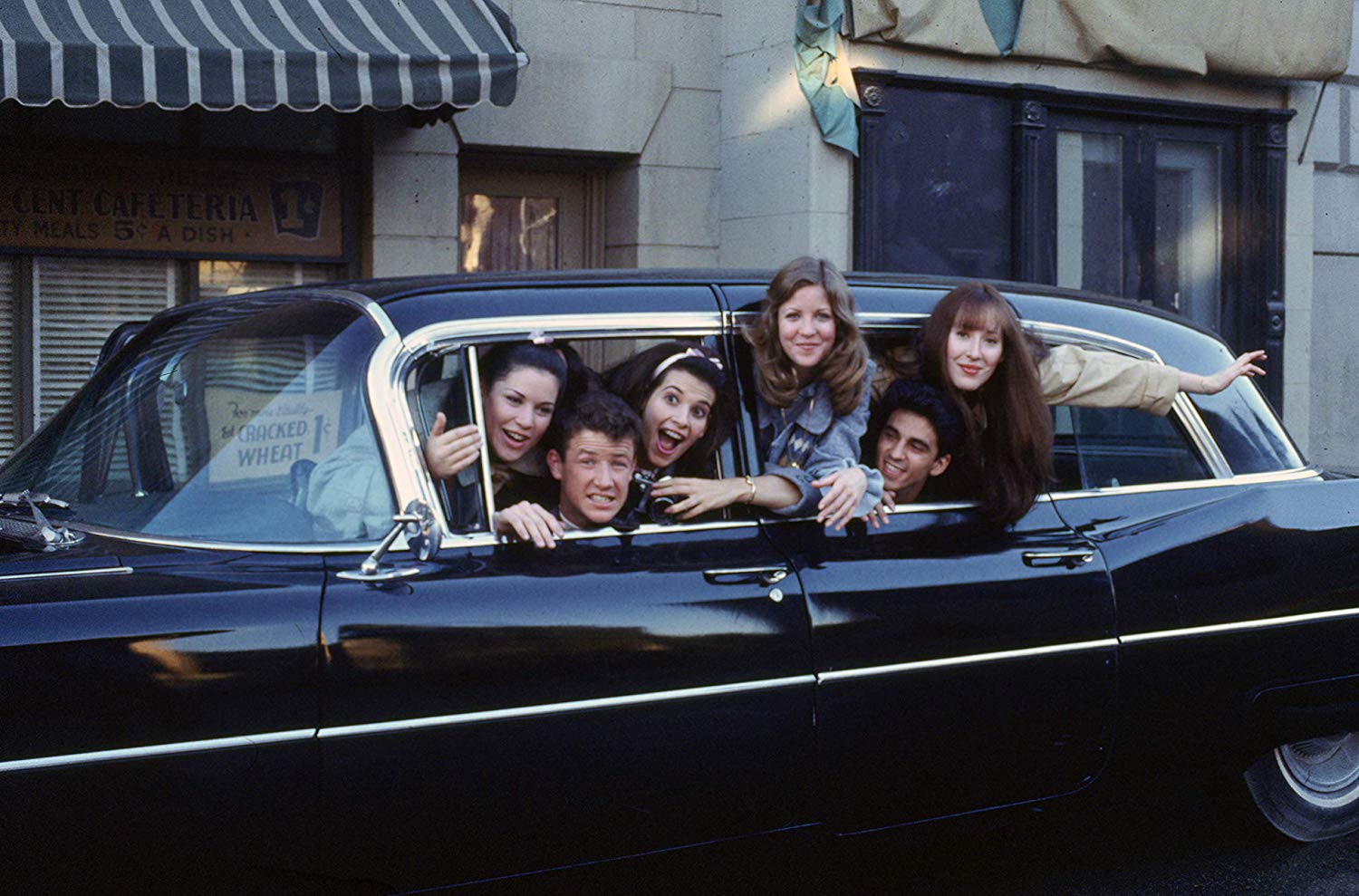 I Wanna Hold Your Hand was the last Robert Zemeckis movie I hadn’t seen. Thanks to the Criterion Collection I’ve now completed his directorial filmography. It’s really fun to see him work in comedy, with no visual effects. This and Used Cars are really his only straight comedies.

Tt really captures the energy of Beatlemania to a comic extreme. I Wanna Hold Your Hand is full of fun teen shenanigans with kids getting in over their heads, but they’re ultimately harmless. And lot’s of practical stunts with Beatles fans mobbing the car and the girls ducking under a real live horse, bellmen tripping over luggage, Eddie Deezen and Dick Miller do some stunts together.

The girls split up with different strategies for getting close to the Beatles. It keeps a fast pace bouncing between the four girls’ stories, passing the baton in clever scene transitions too. They pair off in fun combinations like Rosie (Wendie Jo Sperper) and superfan Ringo Klaus, Janis (Susan Kendall Newman) and a kid defying his father, Pam (Nancy Allen) making out with the band’s instruments.

The Blu-ray presents the 1964 New York outside the Ed Sullivan Theater they created on the studio backlot in clear, bright glory. It’s the brightest Criterion I’ve seen with all the ‘60s colors, the yellow cabs, the fancy Plaza hotel (inside it’s actually the Biltmore which hasn’t changed much in 40 years). I guess most of the Criterions I watch are serious movies with less flamboyant designs.

There’s a new 42 minute conversation between Steven Spielberg, Zemeckis and Bob Gale. Spielberg corrects the legend that he offered to step in if Zemeckis fell through. As producer he couldn’t have done that according to DGA rules so it was a bluff to get the studio to hire Zemeckis. Gale remembers the most including all the objections by the legal department to Beatles references in the script. Zemeckis remembers good stories about AD Newt Arnold too.

Nancy Allen and Marc McClure go 22 minutes remembering their scenes. The Lift and A Field of Honor are actually the two last Zemeckis films for me to watch, his early shorts. Even the great directors made basic student films at school. A Field of Honor has some impressive vehicular action and stunts for a student film.