Bumblebee Blu-Ray Review: More Than Meets the 1080i

Bumblebee brought the Transformers series back to basics and was better for it. Getting our ‘80s on sort of harkened back to the way we experienced the Transformers as kids. What I really want to get is that Bumblebee VHS they joked about for April Fools. Hopefully it was pan and scan like it would have been in the ‘80s. Travis Knight shot the film in 1.85:1 so it actually wouldn’t lose much in full frame.

But the Blu-ray of Bumblebee looks great in a way that wasn’t possible in the ‘80s. The Cybertron opening looks gorgeous. It’s so clear and sharp it really looks my ‘80s toys come to life, like you zoomed into the inner life we created when we played with them. It looks good on Earth too with bright sun and northern California settings. You can sort of tell the CGI robots have more detail than the real life backgrounds they’re in!

Bonus features include Sector 7, an original John Cena introduction video and a 9 minute motion comic with beautiful colors and shading in HD.

There are 19 minutes of significant deleted scenes. The original opening skips Cybertron and starts with a very disillusioned Bee. They include a lot more family scenes and some fun unfinished transformers FX scenes, even some finished Bumblebee shenanigans. The best deleted scene is a Go Bot joke which would establish the Transformers knockoffs exist in a world in which first contact with Transformers is happening. The house trashing could’ve gone on even longer.

Nine more minutes of outtakes incorporate wild lines into the scenes from which they came. I’ve never seen that before. It’s a lot of editing effort but it actually gives the outtakes context.

Five featurettes cover the basics and show some behind the scenes footage of the different VFX tricks they use with different physical elements on set like a Bumblebee hand or part of a torso. The one on California locations dressed as the ‘80s is a full 20 minutes. And another four minute short gives all the Cybertron transformers on screen profiles. 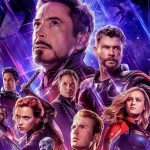 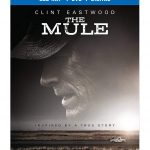