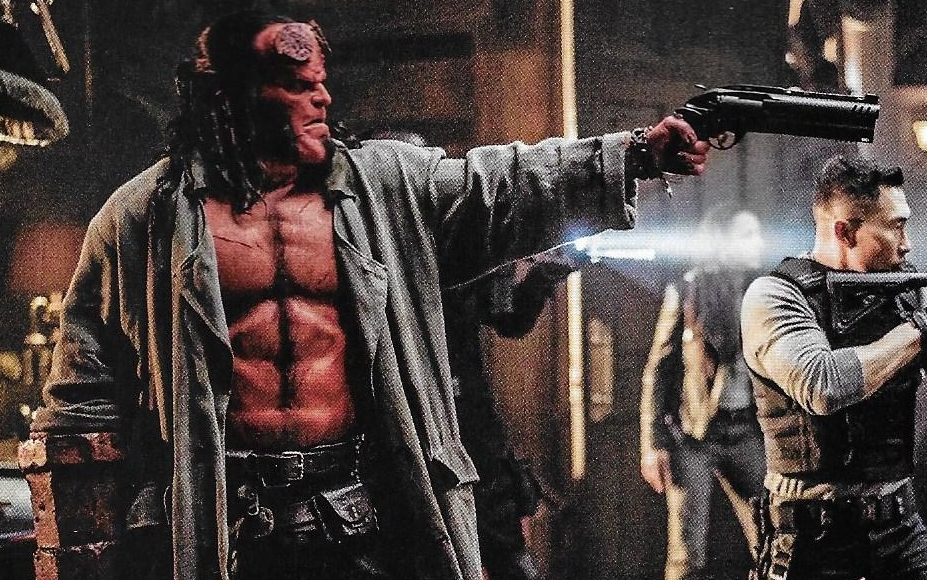 In case you forgot, Hellboy comes out Friday.  And the critical consensus is that it stinks to high heaven. Languishing at a rancid 10% on Rotten Tomatoes, this reboot has nothing to do with Guillermo del Toro’s two films.

THE BEAT calls it, “A complete embarrassment.”

INDIE WIRE says, “As much as it attempts to inject fresh life into the franchise, it winds up feeling more like the walking dead.”

THE NEW YORK POST proclaims, “The race for worst movie of the year is heating up. You could even say it’s hotter than hell, now that ‘Hellboy’ has taken the lead.”

THE HOLLYWOOD REPORTER asks, “Who, exactly, was clamoring for a Hellboy reboot?”

VARIETY says, “It’s lunging to be a badass hard-R epic, but it’s basically a pile of origin-story gobbledygook…”

TIME OUT reveals, ” It’s two hours long but feels like an eternity, lurching incoherently from one noisy set-piece to another.”

According to THE WASHINGTON POST, “Marshall and screenwriter Andrew Cosby went overboard with their R-rating, introducing so much gore and profanity that it, quite frankly, gets dull. The flat performances and incoherent story do not help matters.”

And NEWSDAY expresses that, “Violence and vulgarity replace the humor and poetry of Guillermo del Toro’s superhero films.”