SYFY:  The big question here is whether there are only two episodes left for the season, or for the series.  The show hasn’t been renewed for another season, yet!  But I’ve got my finger’s crossed for a third season, even though the ratings are a bit low.  It’s a good show.

Though, to the show’s discredit, they undid their gutsiest move this season too early.  Most people applauded the gritty death of a main character, only to feel cheated by the ‘it-was-only-a-clone’ switcheroo. That particular reveal would have gone over better AFTER this whole Zod storyline wrapped up. When it wouldn’t have felt like such a ‘Gottcha’ manipulation. 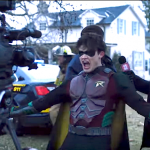 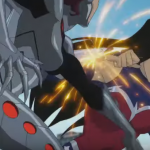 WONDER WOMAN: BLOODLINES – The Animated Film Gets A Trailer

WONDER WOMAN: BLOODLINES – The Animated Film Gets A Trailer