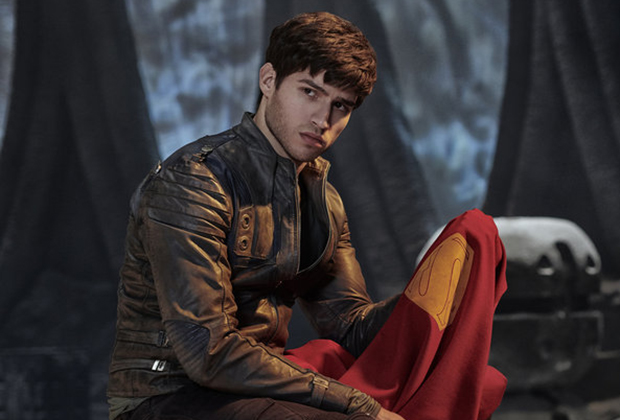 Spoilers aplenty!  So if you haven’t seen the finale, and don’t want to get spoiled, stop reading now.  Because the season two finale was out of this world!  They really pulled out all the stops.

We saw Seg-el and Lyta-Zod defeat General Zod.  So the maniacal bad guy from the future, got a beat-down from his Mom and Dad.  Talk about tough love.  And they shove the reality-altering ‘Black Mercy’ up his nose. Putting him in a permanent time-out. Now that’s good parenting.

Then speaking of parenting;  Dev-em, who used to be in love with Lyta,  kisses Lyta’s hot Mom.  So now they’ve got a secret love connection.  And if they get all officially coupled-up, he’ll be Lyta’s new Dad,  keeping it all in the family. And Adam Strange finally got his signature  red suit and jet-pack, but he was so stinking drunk we never get to see Adam actually fly with the new rig. 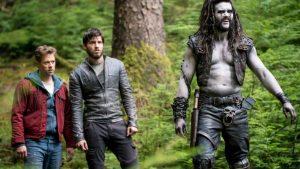 Lobo shows up, still looking for Brainiac.  But this time Seg-el and Lobo aren’t at odds, they team up.  Since both men want to find the green-galoot.  Lobo wants to finally collect the bounty on Brainiac’s head. And Seg-el wants to find Brainiac and rescue his son Jor-el, who was kidnapped by Brainiac and taken to Earth.

Meanwhile; Jor-el’s Mom, Nyssa-Vex, steals Adam Strange’s zeta beam devise, attempting to find Brainiac and the baby on her own.  But she ends up teleporting to an earth-like world that appears to be under attack by Thanagarians.  The winged-alien warriors from the planet Thanagar, Hawkman and  Hawkgirl’s home world.

And the icing on the Kryptonian cake is the discovery of Doomsday. Everybody thought he died when Krypton’s moon got blown up, with Doomsday on it.  But they find him encased in actual ice, in the badlands outside of Kandor.  So will Val and Adam seek revenge,  for Kem’s savage murder? Or will they let the sleeping Doomsday lie?

NOTE TO THE SYFY CHANNEL: You have to renew Krypton. There are too many storylines left dangling to end the show now.  Will Nyssa meet Hawkman and Hawkgirl and get back to Krypton? Will Seg-el and Lobo head to Earth to save Jor-el, and end up meeting Superman?  Will Adam and Val try to kill Doomsday, and end up waking him up and sending him on a killing spree? And lastly, will Jayna-Zod and Dev-em tell Lyta about their forbidden love?  WE HAVE TO KNOW!!!!!! 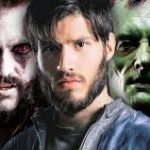 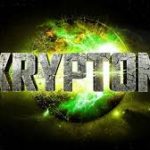