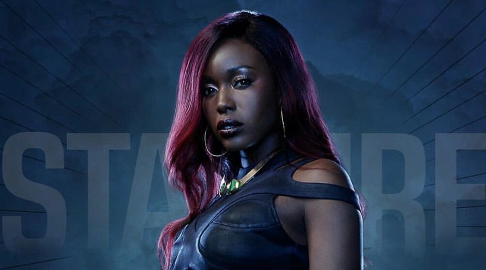 Yep! The second season of Titans premieres this Friday, September 6th. So why is DC Universe being so stingy with the show’s promotional material? They just released three character posters, for a show with at least Eight heroes. What are they waiting for? And one of the new posters is Dick Grayson sans costume, Nightwing, Robin, or otherwise. What the heck DC Universe?

At least we get a better look at Starfire, who was in dire need of a makeover, and got a good one. And Raven is actually in her signature hood. But what about Beast Boy, Ravager, Jericho and Wonder Girl? I’m not counting Superboy since his costume is a tee shirt. But maybe they could show him using his powers, or something.

Come on DC UNIVERSE, do something, the show is actually good. Promote it!