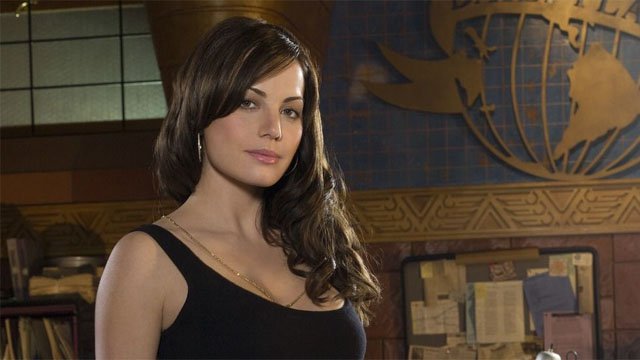 ‘Deadline’ reports that Erica Durance wll be Lois Lane once more.  And I called it y’all.  When I wrote about Tom Welling’s return in the CW ‘Crisis On Infinite Earths’ crossover, I knew his Lois had to follow.  And that has just been confirmed.  Durance, who played Lois on Smallville, is set to return, and not just in a cameo role. I loved her feisty version of Lois.

Erica Durance will be guest starring throughout the five episode event, along with Welling. So she’ll probably meet the new CW Lois of Earth 38, Elizabeth Tulloch.  (When Lois Lanes collide.) Tulloch  made her Arrow-verse debut as Lois during last year’s crossover. Tulloch’s Lois and her Superman, Tyler Hoechlin, will both be back.

Brandon Routh will also be playing an incarnation of Superman. But looks like he’s flying solo.  They say that no other Lois Lanes will be in Crisis. But they also said Welling wouldn’t be in Crisis, so we’ll see what happens.  I think it’ll be a missed opportunity if we don’t see a ‘Lois & Clark’ cameo from Dean Cain and Teri Hatcher.  Since both have appeared on Supergirl before, but not together.