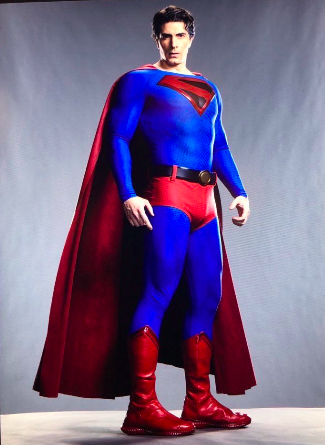 Brandon Routh, from ‘Legends Of Tomorrow’ and ‘Superman Returns’, is bringing a new version of the Man of Steel to the big CW Crossover Event. On ‘CRISIS ON INFINITE EARTHS’,  Routh is portraying his regular Legends character, Ray Palmer, AND the ‘Kingdom Come Superman’.   Named  for the Comic book title the character appeared in. But who is that?

Well, in a darker reality somewhere in the multi-verse, this version of Superman couldn’t save Lois Lane from The Joker, who kills her. Leaving Superman disheartened by the death of the woman he loves.  And this version of Kal-El, abandons his life as Superman and retreats to his Fortress, where he spends the next decade in seclusion.

But then coaxed back into action by Wonder Woman,  this ‘Kingdom Come Superman’ returns to Metropolis, and re-forms the Justice League.

But how much of this comic book arch will make it into the  CW’s Crisis event is anybody’s guess.  And how will this darker version of Superman deal with the versions of Lois Lane that are set to appear?  And the other versions of Superman?  And exactly how gung-ho will he be to help battle The Monitor?

I can’t wait to find out.