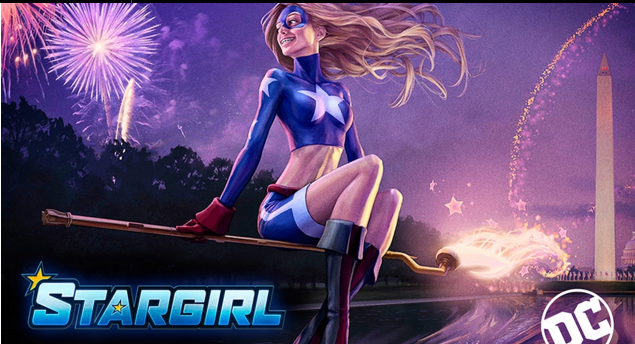 StarGirl is set to premiere on DC Universe, the PAY streaming service, then appear on The CW the very next day for FREE, according to Variety. What-the-What!? I’d drop that pay service like a hot potato, if I were actually paying for it. (I was gifted the service, I’m not bootlegging it) Right now they are only doling out one new ‘original content’ episode a week.  So is this a wise move on their part?

What does this mean for DC Universe going forward?  Will all their ‘original content’ be coming to The CW?  -Minus the F-bombs and nudity of course…  Nobody knows yet.  But if it does, can you say; ‘Why buy the cow if you get the milk for free?’ A conspiracy theorist may surmise that Warner Bros is torpedoing little DC Universe because HBO-Max is on the horizon.  But that theory sounds bizarre at best. So what’s really going on here?

Sounds like a superhero version of ‘Buffy The Vampire Slayer.’  And it’s funny that they didn’t even mention the show at San Diego Comic-Con this year.  I was at the DC Universe Panel, and there was no teaser or name drop. Stargirl was totally ghosted. So does this new revelation mean we may see a trailer on the CW during their Crisis On Infinite Earths crossover?  Keep your eyes peeled I guess… Anything’s possible.