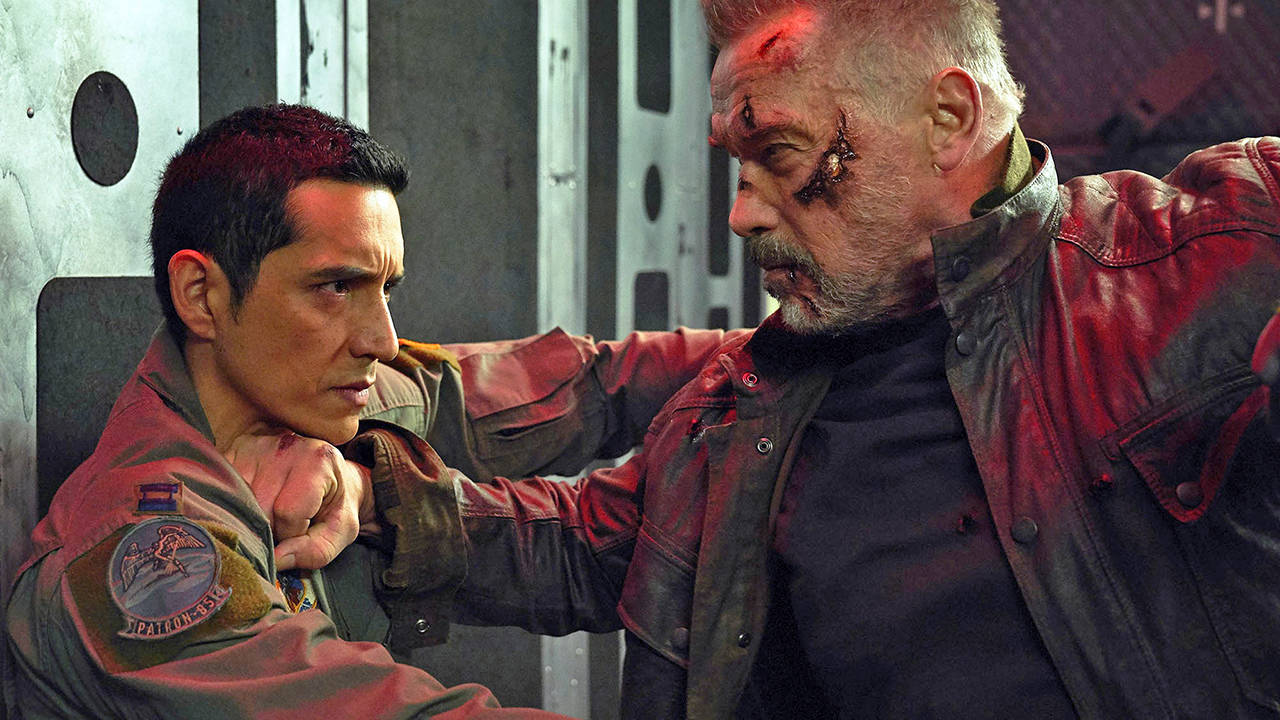 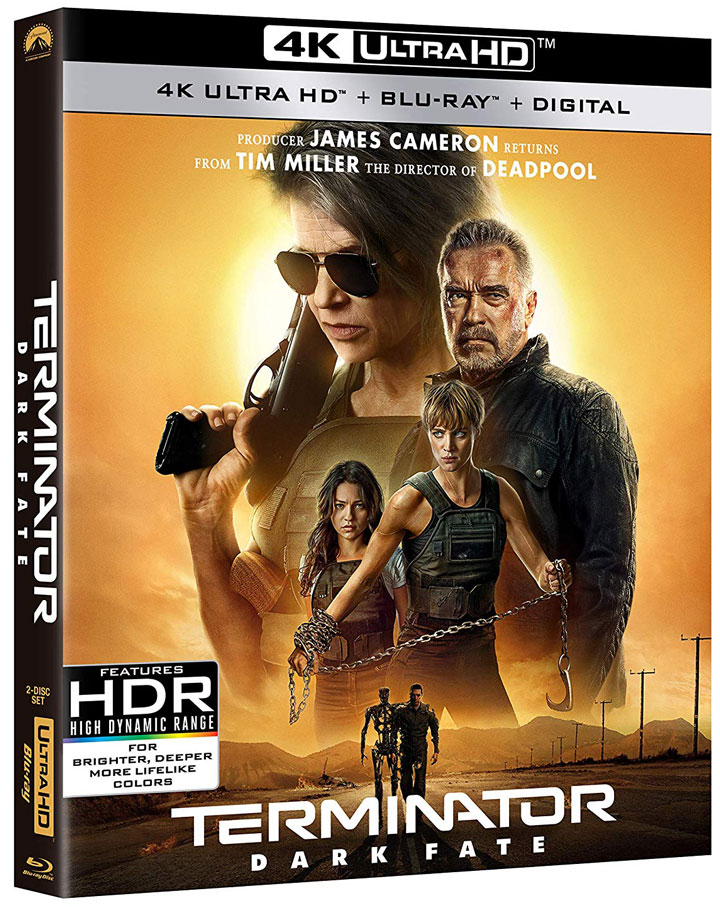 In Mexico City, a newly modified liquid Terminator ‑‑ the Rev‑9 model ‑‑ arrives from the future to kill a young factory worker named Dani Ramos. Also sent back in time is Grace, a hybrid cyborg.

I give the Terminator: Dark Fate Blu-ray a B.

I heard a lot of mixed reviews on this film but for one, I enjoyed it!  I didn’t see what people were complaining about. Maybe the hardcore fans that were expecting something that wasn’t there? Or, is it just people can’t enjoy films anymore.  This film marked the return of Linda Hamilton as Sarah Connor.  This film is full of non-stop action that will keep you entertained throughout the film!

There were many things I loved about this film.  Let’s start with Gabriel Luna as the Rev 9.  I absolutely loved his performance.  He made the perfect foe for Connor, the T-800 (Carl), Grace, and Dani.  He would have definitely made his previous predecessors proud.  The abilites of his character is insane.  No matter where the group was, he wasn’t far behind; tapping into whatever piece of technology he could to find them.

There’s no doubt that the return of Linda Hamilton as Sarah Connor is epic.  She is the same bad-ass, terminator fighting female as in the previous films.  You would think she would have faltered after everything she’s been through but she stands her ground -remaining strong and vigilante.

Though Dani Ramos (Natalia Reyes) is technically the John Connor of this film (just different reasons why she needs to be saved),  She fits the role perfectly.  Doubting herself but in the future being the figure that changes the world.

My two favorite scenes, you ask?   I loved the scene when REV-9 is driving the truck then his robot form starts to drive the truck while he materializes into his human form  to fight Grace.  The Robot is actually shifting the gears of the truck.  I also liked the scene where Grace (Mackenzie Davis) sacrifices herself to save the group.  That scene was written beautifully.  Throughout the film you are invested in her character and will get a bit teary-eyed during that scene.