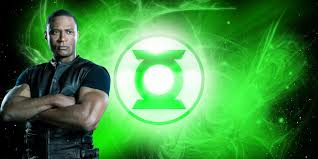 THE END OF ‘ARROW’ SHINES A LANTERN’S LIGHT

SPOILER ALERT: If you haven’t watched the end of Crisis, or the last two episodes of ‘Arrow’ ever … You might want to skip this one…

After over 8 years on The CW, the final episode of ‘Arrow’ aired this week.  And the episode was a fitting tribute to a show that kick-started a shared universe, at least on TV.  Though the TV Flash did meet the Film Franchise Flash, in the Crisis on Infinite Earths crossover, so the Arrow-verse did do a small connect with the DC Universe as well. But this was Arrow’s end, and it was sad to see the show go bye-bye.

BUT,  it wasn’t quite the tear-jerker it could have been, since Oliver Queen’s Green Arrow died two weeks before this final show aired. He actually died re-birthing the universe on the Crisis on Infinite Earths’ big finale.  So we had already said our big goodbyes, and shed our tears.  But this was still a great series wrap-up.  Some characters, who had died in previous seasons, were brought back to like,  as often happens in comic books.  Roy Harper and Thea Queen got engaged. And Oliver’s grown daughter from the future, went back there, to hopefully spin-off into a series of her own.

Though the biggest WTF moment came when John Stewart Diggle was almost side-lined by a meteor crash, and found a glowing Green Lantern Ring.  You heard me right! And it happened just as the Diggle family began their move to Metropolis.  What! What!  So is this Greg Berlanti’s way of telling the fans that our main man Diggle may show up as a Green Lantern on The CW’s new ‘Superman and Lois’ show?  OR, that he may be a part of the announced Green Lantern show, destined for the new HBO-MAX streaming service?  Both shows are being produced by Berlanti.  So it’s anybody’s guess, because nothing’s been confirmed.

But note: Why hint, in the previous crossover, that an alternate version of Diggle is a Green Lantern somewhere in the multi-verse?  Then, this season, reveal that Diggle’s stepfather adopted him as a child, and his last name’s Stewart.  And as true comic book nerds know, John ‘Stewart’ is the name of a Green Lantern.  And in Arrow’s last episode, why give Diggle an actual Green Lantern ring, and then set his sights on Superman’s Metropolis, if they’re not going to pull that trigger?

Additionally; Diggle’s wife Lyla will be running ARGUS, in Metropolis. Which gives her a big reason to run to Superman and Lois from time to time. When they have big out-of-this-world problems, as AGUS tends to have.  And with Jimmy Olsen off running a small-town paper somewhere, via the ‘Supergirl’ series, he won’t be around.  Leaving Clark in need of a new best friend.  Plus, the Diggles have two kids, and Superman and Lois have two kids.  And to see Superman and Green Lantern fighting side-by-side, would truly be something to behold.

So keep an eye out, because Arrow may have ended, but John Diggle’s future seems to be glowing bright green.