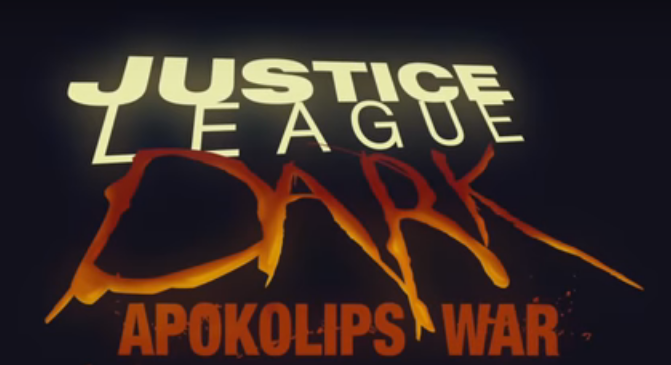 A new Justice League themed animated feature is on its way from Warner Bros. Animation. And while I do enjoy these dvd/blu-ray/ streaming releases,  it’s weird that we can’t the live-action films kick-started faster.  I know ‘Wonder Woman 1984’ & ‘The Batman’ are in the pipeline.  But what about ‘The Flash’ film they’ve been promising us for years, and ‘Man Of Steel 2’?

Check out the new trailer and clip below, for ‘Justice League Dark: Apokolips War’, and let me know if you’re psyched for this new animated story…

“Justice League Dark: Apokolips War features the largest Super Hero cast in the history of DC Universe Movies with dozens of actors/characters spotlighted in a grand ensemble of talent reprising their roles from this six-year story continuum. Matt Ryan (Legends of Tomorrow, Constantine), Jerry O’Connell (Carter, Bravo’s Play by Play, Stand by Me) and Taissa Farmiga (The Nun, The Mule, American Horror Story) anchor the cast as Constantine, Superman and Raven, respectively – the triumvirate determined to assemble the forces necessary to lead humanity’s final attack.”

‘CANDYMAN’ GETS A SCARY NEW TRAILER

‘CANDYMAN’ GETS A SCARY NEW TRAILER