The Hills Have Eyes Part II was a gap I’ve long had in the Wes Craven filmography. Even Craven would admit he did it for the money after his divorce, and then he didn’t even get to finish it. So now that we’re all stuck inside, it might be a good time to discover the Hills Have Eyes sequel isn’t that bad. It’s still low in the Craven canon just because even his misses (Deadly Friend, Vampire in Brooklyn) are fun, but so too Hills II has good stuff. You can find it on Blu-ray from Arrow Video. 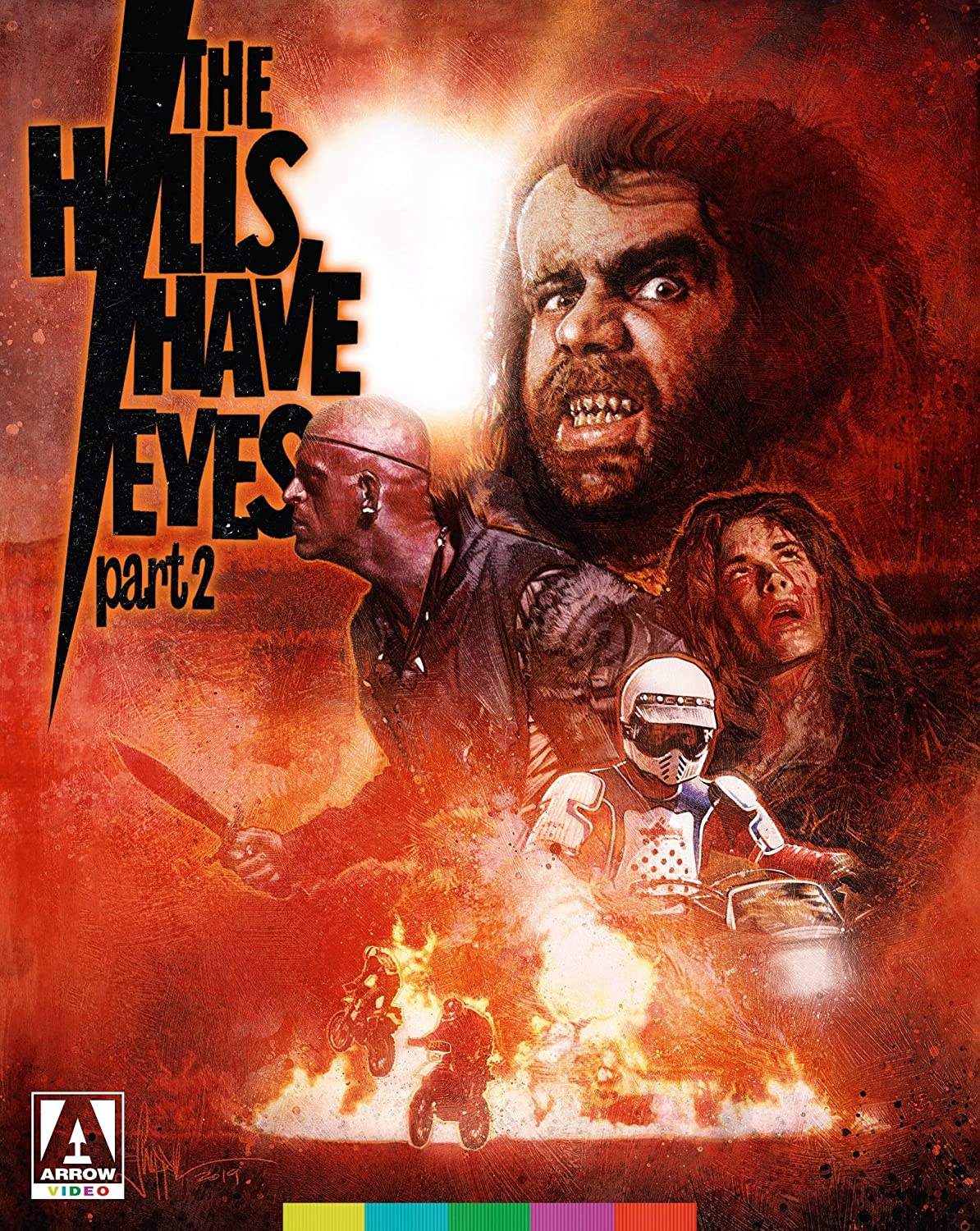 Craven got Bobby (Robert Houston) and Ruby (Janus Blythe) back. The beginning feels rushed and strung together but once it gets there, they filmed some impressive motorcycle action in the rocks. There’s new Hills action with Pluto (Michael) Berryman and booby traps set in the desert.

The Hills Have Eyes Part II could’ve been the bigger badder sequel. They didn’t finish it but luckily they filmed all the good parts. It’s the beginning that feels incomplete. Okay, it does seem like there are far fewer surviving cannibals, but what are they going to do? The deaths in the first movie are canon. The narration concludes that the hills still have eyes which would have been a better title.

The film looks great. It may have been unfinished but what they shot is well preserved. There are scratches but it’s sharp with bright colors: the big red bus, blue sweaters and baseball jerseys, motorcycle outfits. The flashbacks are grainy as hell but look basically one generation removed from Blu-ray of Hills 1.

There is a 31 minute behind the scenes feature. A commentary track by The Hysteria Continues celebrates The Hills Have Eyes II down to its dog flashback. They’re reverent and very knowledgeable about obscure horror movies.