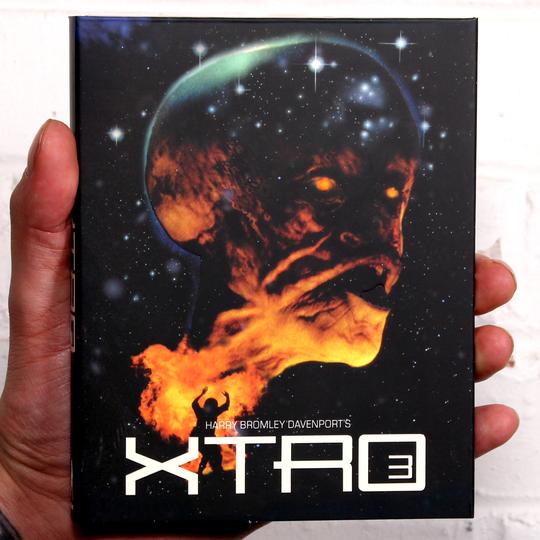 I never saw Xtro 1 or 2 but Vinegar Syndrome just put out a new DVD of Xtro 3 so I figured I’d give it a whirl. Fortunately, it’s fairly easy to catch up. It seems like a standalone story with what I assume is the same alien from the first two movies. They also copied Alien 3’s schtick of raising the 3 so it’s cubed.

Most of movie is spent with a military squad but there are a few characters I liked. I loved Andrea Lauren Herz as the badass Vasquez rip-off. Too bad she only has three credits including Xtro 3. I’d want to see more of her.

Watkins needs saving more but Karen Moncrief seems more invested in the horror of the situation, and she’s had quite a career as a director too. Jim Hanks is the comic relief and yes, that’s Tom’s brother. They got Robert Culp as a superior sitting at a desk. Good for them.

There’s gooey alien droppings if not many full frontal alien shots. They try some CGI but in 1995 they couldn’t afford the good stuff. When they discover film reels of scientific experiments that’s some good alien prosthetic and gore. 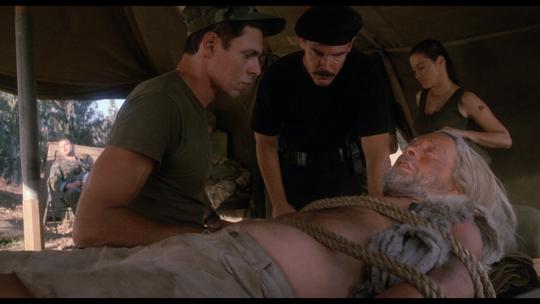 Andrea Lauren Herz in the back right as Corporal Banta

The Blu-ray looks great. It’s shot on film in mostly outdoor locations, and the closeups of the alien goo and gore show up in detail. A few spots flare up with digital noise but I imagine fans of Xtro 3 could never have imagined a transfer this good.

The Xtro 3 Blu-ray comes with two 20 minute interviews. Director Harry Bromley Davenport is very self-deprecating. He admits his mistakes and discusses how the Xtro franchise was all he could get because it already had a name. Daryl Haney talks about his writing career which includes Friday the 13th VII.