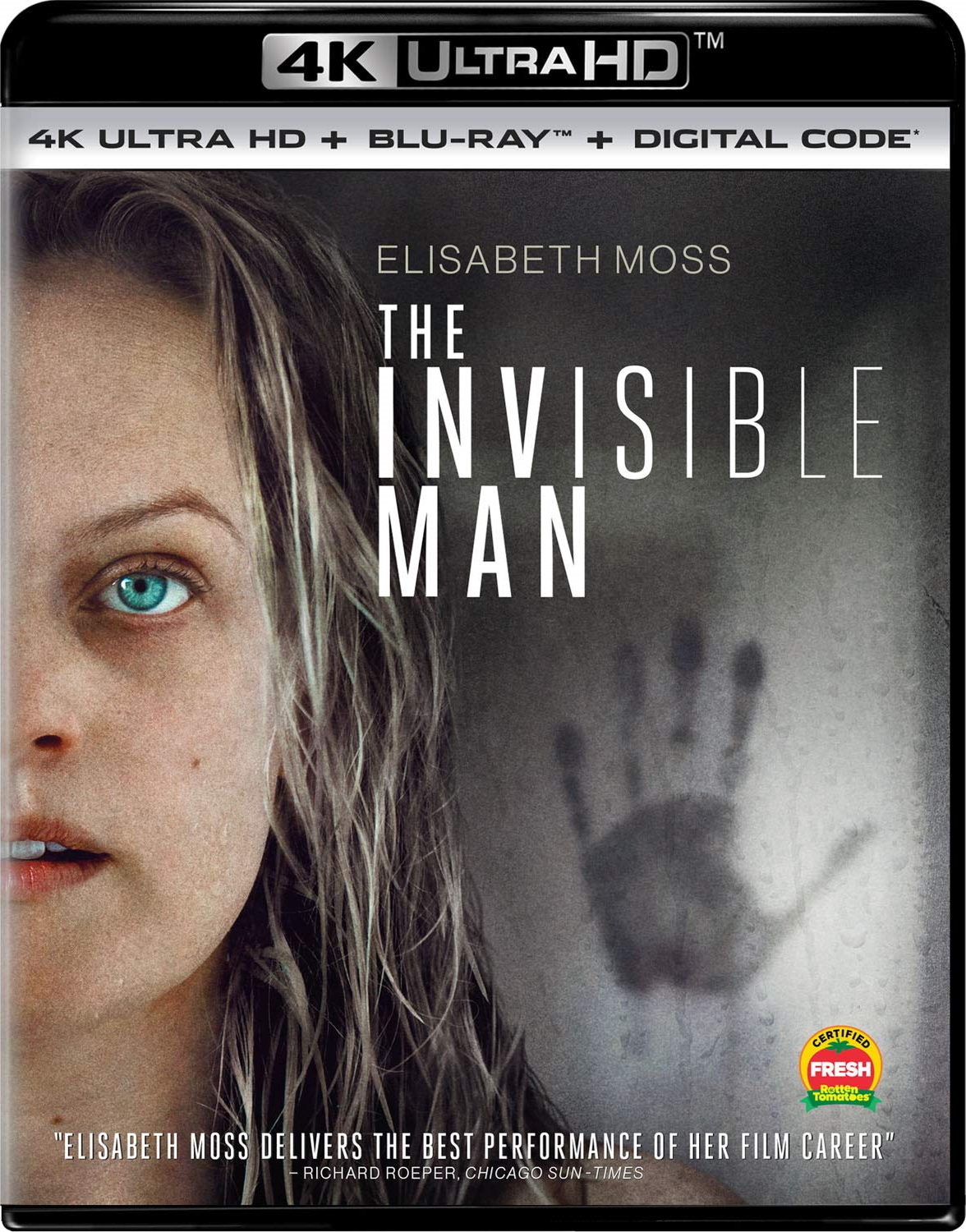 When Cecilia’s abusive ex takes his own life and leaves her his fortune, she suspects his death was a hoax. As a series of coincidences turn lethal, Cecilia works to prove that she is being hunted by someone nobody can see.

I give The Invisible Man 4K a B.

First off if you’re going to see this movie as an Invisible Man Movie similar to the 1958 film, you will be disappointed.   It’s a great film but just not your typical Universal Monster film.  It’s a film full of suspense and action with a modern touch to it.  It’s a great film to get lost in, considering these weird times we’re going through.

Elisabeth Moss did an incredible job in this film.  She MADE this film.  If it wasn’t for her I don’t think I would have enjoyed this film as much as I did.   She made the horror she was going through credible.  You believed that her late husband was after her.  You believed she was this shattered woman who had just come out of an abusive relationship and was trying to believe in herself again.  You can see her transformation from the beginning to the end.  She was simply incredible.

Technically, it was an Invisible Man movie just not the one I expected.  It had a 202o flair to it. *Spoiler*  It was more of a man in a technologically advanced suit that made him invisible.  I don’t think I’m the only one that would have preferred the more conventional way of expectations with this film though that was only a minor dislike with it.  But don’t let this stop you from checking this film out.

I did have a good time watching this film and hope that you will enjoy it too!