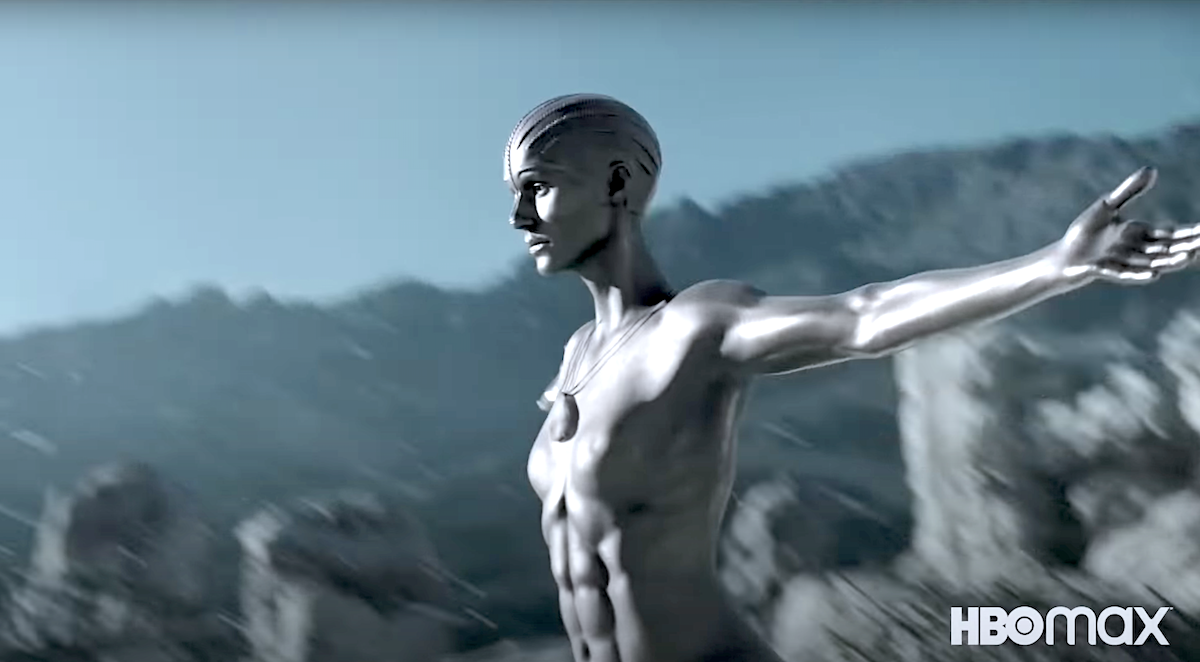 HBO MAX: ‘RAISED BY WOLVES’ GETS A 2nd SEASON

What is ‘Raised By Wolves’ ?  Here’s the official rigmarole…

“Two androids are tasked with raising human children on a mysterious virgin planet; as the human colony threatens to be torn apart by religious differences, the androids learn that controlling the beliefs of humans is a treacherous and difficult task.”

Is it any good?  Well… I’ve been watching, but truth be told, I’m barely hanging on.  It has an interesting premise, but it’s slow going.  I find myself wishing that those androids would bump their processors up a notch, and get the story moving, instead of being so stiff and mechanical.

“Mother” is trying to be maternal, but she was originally a heartless sonic killing machine, so she’s got issues.  And “Father” is literally an emasculated and frail Mister-Mom, forced to do whatever Mother tells him to, while trying to stay relevant.

Needless to say, the six kids are all kinds of jacked up, since five of them were kidnapped by Mother after she killed their parents.  One is pregnant, raped in hyper-sleep by a religious zealot.  And the original kid, who was raised from an embryo by Mother and Father, saw his first five siblings die. Then Mother brought the five kidnapped kids to live with them, to once again complete the eight-member family unit.   So Jerry Springer where are you when we need you?

And as for the religious and flawed human faction on the planet. They set off ‘walking’ across the planet to find and rescue the kidnapped five kids, about three episodes ago. And the are still walking….

Sarah Aubrey, head of HBO Max, issued a statement about the renewal:

“When I think of Raised by Wolves, I think of artistry,” said Aubrey. “Artistry in crafting a compelling storyline, artistry in the out-of-this-world production design, special effects and cinematography, artistry in our actor’s portrayals of these memorable characters, and artistry attached to the legendary work of Ridley Scott, Aaron Guzikowski and our phenomenal crew. This chart-topping series beautifully weaves together Ridley’s hallmarks of sci-fi and horror while offering fans one of the most original storylines they’ve seen in some time.  I can’t wait to see what’s in store for season two.”

Luckily for Raised By Wolves, there are no new Fall shows to compete with it.  Otherwise I would have moved on and left this show howling at the moon. So, as for getting a season two, lets see how season one plays out first.