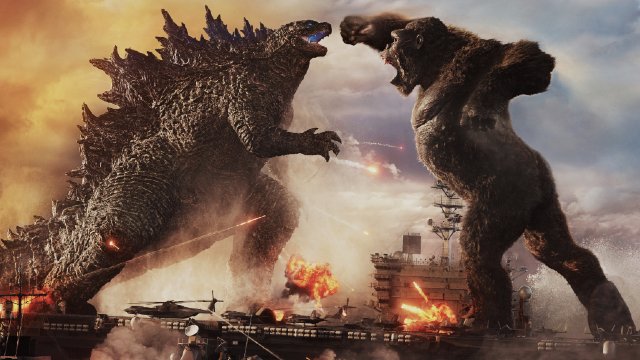 I won’t say much about this, since I’m not a huge Kaiju fan. I mean, I didn’t like Peter Jackson’s ‘King Kong‘. I thought it was an epic fail.  But I did like ‘Kong:Skull Island‘, maybe because of a crazed Samuel L. Jackson.  And I didn’t care for ‘Godzilla: King Of The Monsters‘ with Millie Bobby Brown, who’s back in ‘Godzilla vs Kong.’  But I think this trailer looks entertaining nonetheless.  Though I don’t see why a lot of Kaiju films always shove a young kid in the mix.  I guess Kaiju don’t kill kids, unless they accidentally step on them, which is sometimes beyond their control, because they’re so doggone big….