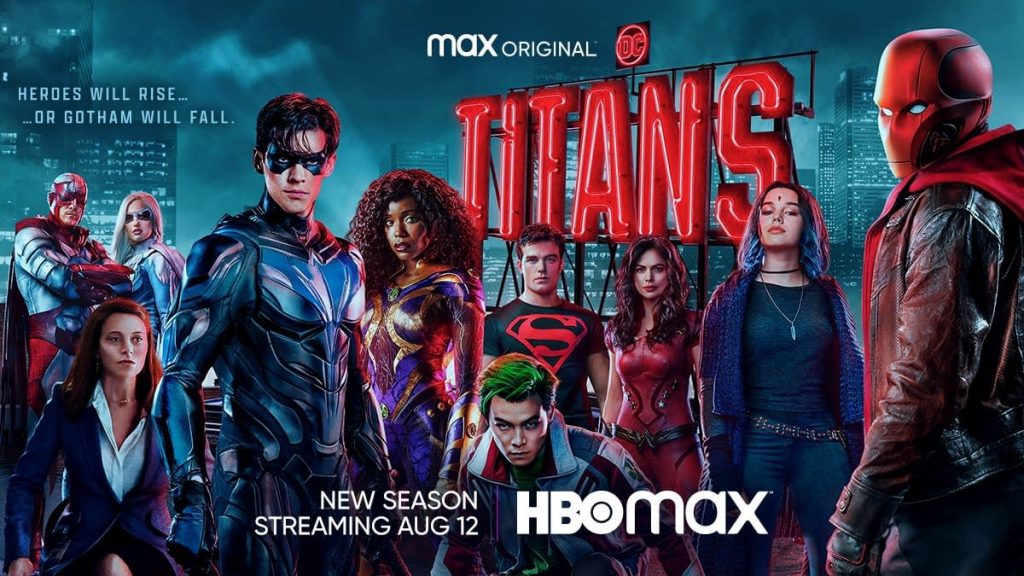 LOVING IT!  So far, I have have only seen the first three episodes of the 3rd season. Which is available now.  And every week, for the next ten weeks, a new episode will drop…  And I just hope they’re as good as the first three.  Because I am really loving the 3rd season so far.

As outlined in the trailers, the first three episodes are a version of the Red Hood comic book tale, done with the Titans. So the focus is pretty much on Dick Greyson and Jason Todd mostly, with the rest of the Titans in more supportive roles.  And we don’t see Raven and Donna Troy at all. But I have a feeling that’s all about to change.  Because some gnarly stuff goes down in Episode three.  So if you’re not watching, check it out.