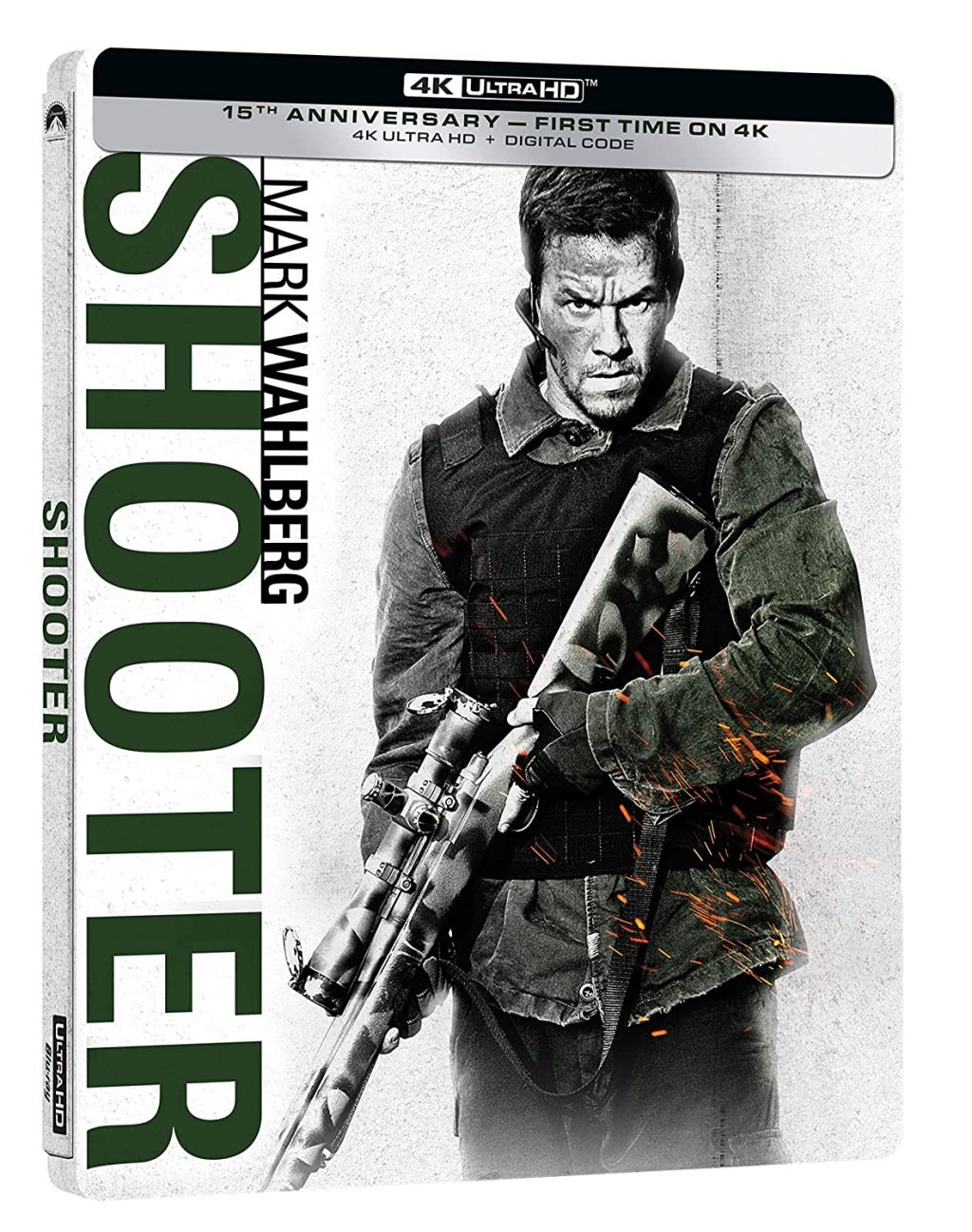 Shooter was a perfectly fine, entertaining movie 15 years ago. I’ve probably only thought about it since when they turned it into a TV show. But the 4K revolution is great to highlight movies like this, well made location movies that do the job and just try to entertain with thrilling action.

Based on Stephen Hunter’s book Point of Impact, Shooter begins with Bob Lee Swagger (Mark Wahlberg) on a mission in Africa. Most of the film was shot in Canada with some U.S. location footage, but even Canada’s lush valleys, rivers and epic cliff look beautiful in 4K.

Swagger’s home is in beautiful winter mountains with snow on the ground and evergreen pines poking green up into the sky. There are some shots of actual Washington, D.C. and Philadelphia, Pennsylvania that show off red brick and chipped concrete in detail.

It’s also quite something to see Wahlberg’s badass slow motion walk in 4K. Heroine Kate Mara gets a backlit blue sky heroine shot too. Shooter may have been one of the last Hollywood movies to shoot mostly on location without green screens. There may be a few more in later years, but boy, 4K sure shows off what film could capture in the real world.