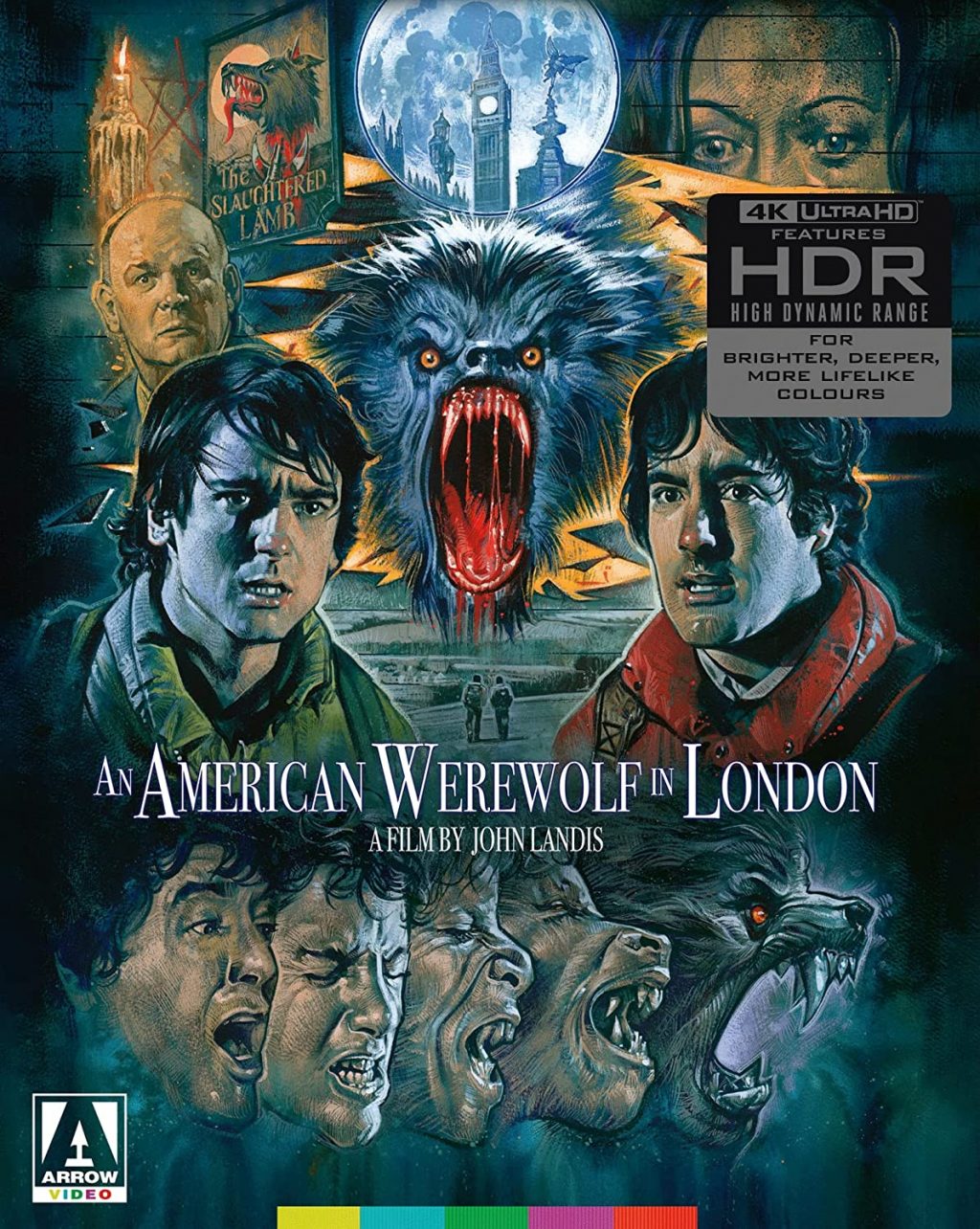 Arrow released its 4K UHD edition of An American Werewolf in London this week and it is a treat for fans of the movie. Beginning with David (David Naughton)’s poofy red jacket, you can see how 4K brings out the subtle colors. Then it gets wet and shiny. The moss on the trees when David runs through the woods is also a new shade of green in 4K.

Of course, the blood and gore is stark in 4K detail as you might expect. You can really marvel at all the detail in Jack (Griffin Dunne)’s makeup, with chunks hanging off his face and further decay each time he appears. The transformation scene showcases Rick Baker’s legendary detail.

Then you get to see early ‘70s London in 4K. Mostly it’s just the tube and a homeless encampment with the city in the distance. But, the third act does climax in Picadilly Circus. The traditional red phone booths also show how 4K makes color pop and bodes well for future Doctor Who 4Ks.

American Werewolf in London remains naturally grainy when it begins in the English countryside. The 4K restoration doesn’t scrub the film of its original texture, but brings out clarity when it returns to the city.

A note about the bonus features. If they say “newly recorded” that means they’re from the 2018 Blu-ray release. No harm done, they just didn’t change the copy on the menu.