THE CW just picked up another Batman-themed show, without Batman. Didn’t they just do a show like this? Yeah, it was called Batwoman. And they just cancelled it two weeks ago!   So this news must hurt some feelings.  But what’s so different this time around? Oh yeah, this time there’s a white male lead, problems solved. 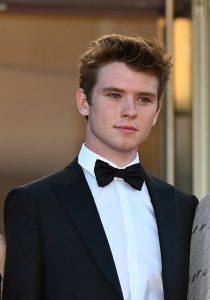 “Gotham Knights takes place almost immediately after Bruce Wayne/Batman is murdered. Oscar Morgan will star in the series as Turner Hayes, Wayne’s adoptive son, who is charged with killing his father. To clear his name, Turner will unite with the children of Gotham City’s villains, and also a new generation of heroes. And Misha Collins has also been cast on the series as Harvey Dent.”

WHO THE HECK IS TURNER HAYS?  This isn’t like the video game of the same name, or any DC comics. Because Bruce Wayne’s adopted son is Dick Grayson Robin/Nightwing. And his biological son is Damian Wayne (love-child with ‘Talia al Ghul’), the new Robin.  So what the heck is happening here?  I shudder to think.

The CW also picked up two new shows that are prequels to Supernatural, and Walker…