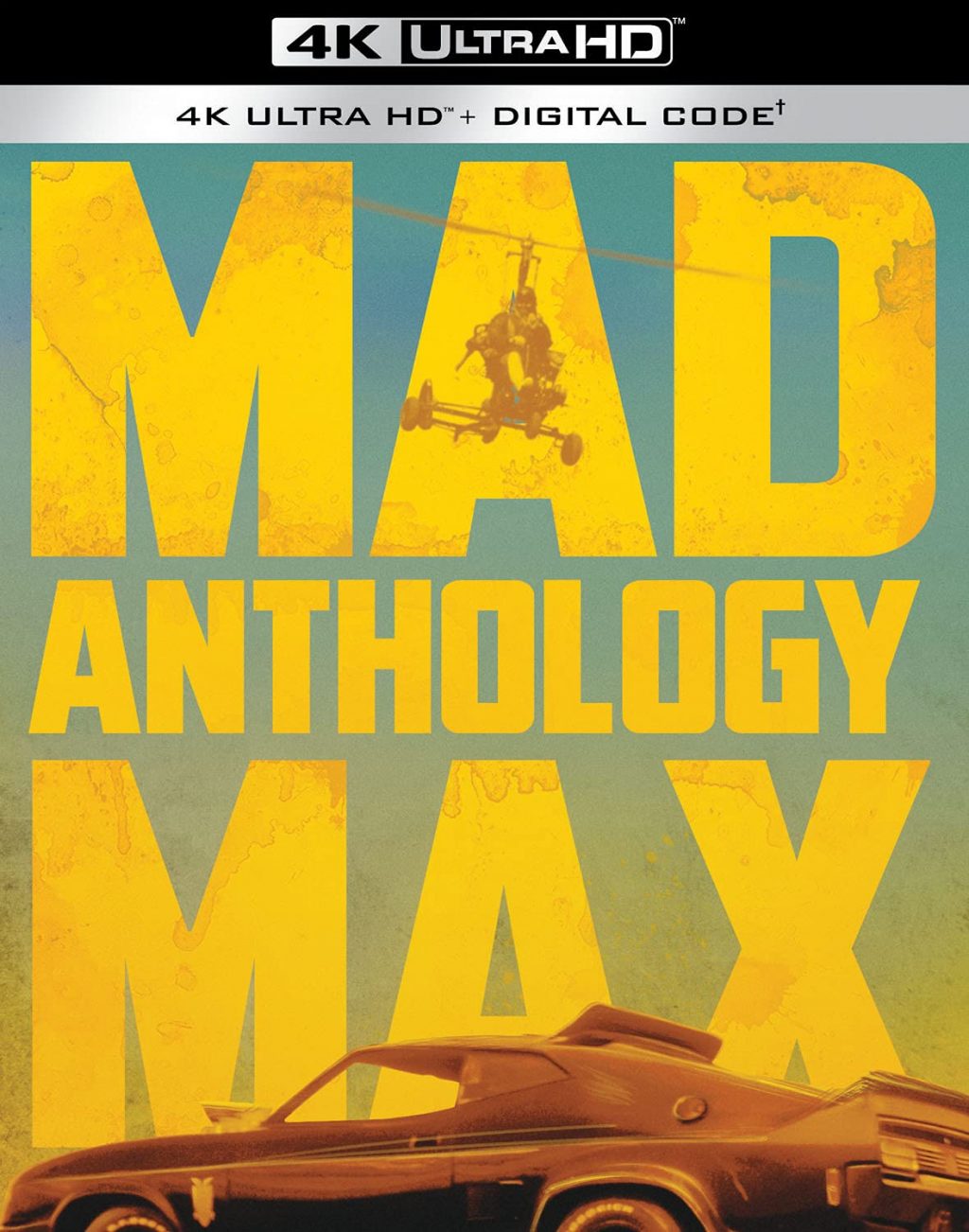 The Mad Max Anthology 4K UHD came out in November before I got my 4K setup. But, there was a problem with the sound on The Road Warrior, so they rereleased it in February. That seems like a good reason to review it now. Sorry, it still took me a little bit between new releases.

The original Mad Max may be the grainiest of the films but it looks authentic. The bright yellow car and blue sky, plus explosive fire exercise the 4K color range. Those black leather uniforms are sleek and shiny. The first film isn’t all desert so there is still some green and small towns surviving.

The Road Warrior keeps the 4K clarity up at high speeds. The desert landscape is not as colorful but you can see every speck of dirt on Max’s car, the knots in the pavement and other vivid details. The whole movie shines in bright, open sunlight. As for that sound, the Feral Kid’s boomerang soars around you and the gyro flies from behind. There’s a consistent rumble through all the vehicular mayhem.

The best part of the Anthology Collection is seeing Thunderdome finally get proper attention. Even the Blu-ray release looked like an old transfer. The third film is not as lovingly restored as The Road Warrior but it looks like a 4K from Bartertown to the children’s oasis. Hearing Tina Turner songs in full surround is nice too.

Fury Road has the strongest color palette of all, and the most aggressive surround sound with action impacts and the Junkie XL score and Doof Warrior band filling the rear speakers. The sesert sand has more shades in Fury Road and the explosions are the most red of any movie, let alone the Mad Max series.