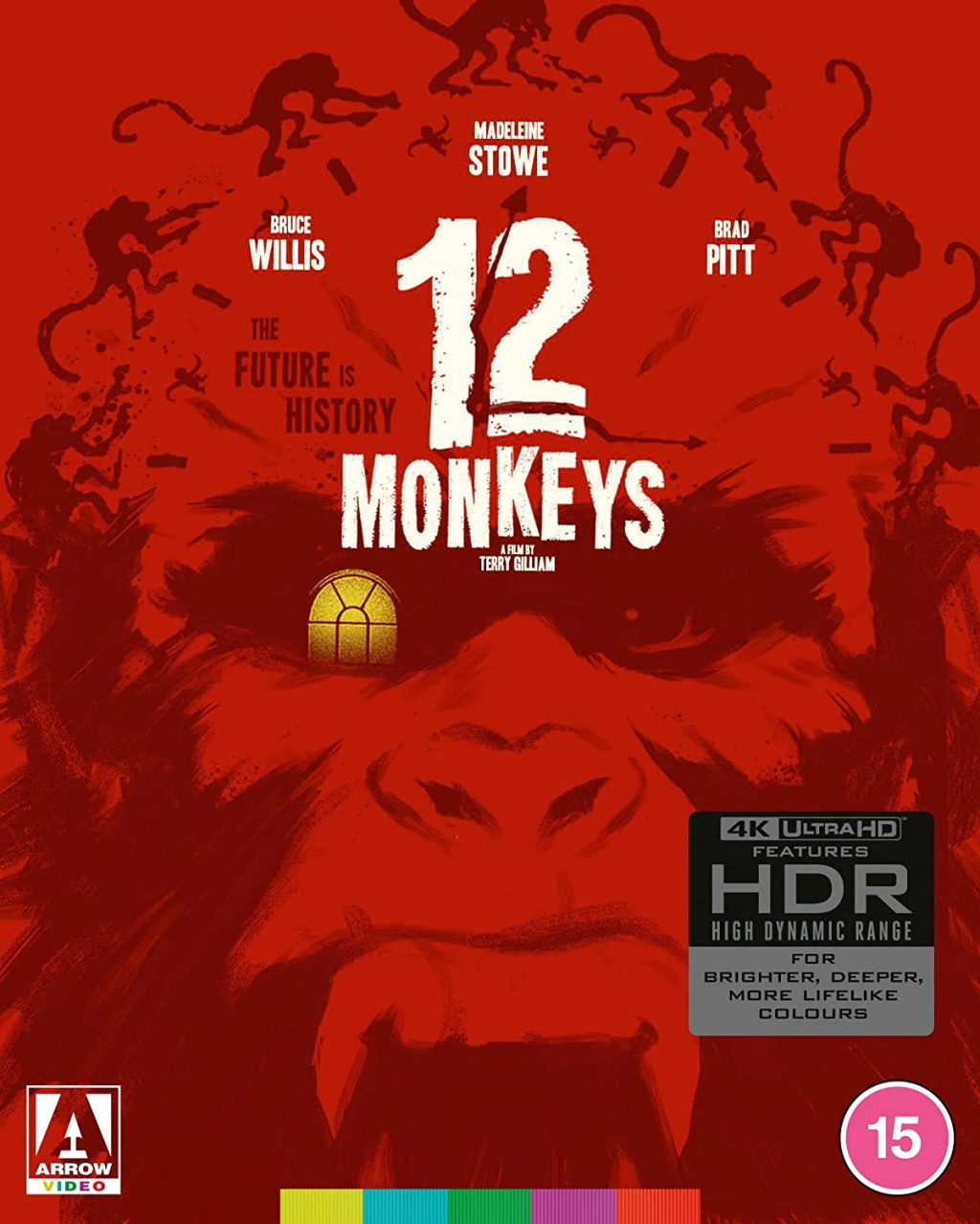 The Arrow 4K UHD edition of 12 Monkeys preserves the film grain from the 1995 release. That grain is especially visible in the white winter environs of the past and future. 4K makes the shadows in the underground future as dark as possible.

12 Monkeys bears the trademark clutter of director Terry Gilliam films. 4K brings that clutter into detail with wet alleyways, the snowy surface of the future, the white chipped asylum and ‘90s Baltimore and Philly. Colors like the swirling red monkeys of the title sequence are about the only colors piercing this effectively oppressive aesthetic.

The surround sound effects are minimal. You’ll hear the opening titles whirl behind you, but they’re usually reserved for subtle airport background ambiance or search crews combing the woods.

Arrow kept the in-depth documentary and Gilliam’s tell-all commentary with producer Charles Roven from the Universal releases. In the enclosed booklet, Nathan Rabin’s essay reads like a longform review but his thesis is strong. The hopelessness extends well beyond the dystopian future. He also rightfully makes the case for Willis’s understated vulnerable performance.

A print interview with Gilliam is a fairly straight Q&A. It reveals an uncharacteristically harmonious shoot for a Gilliam movie and also goes into themes and aesthetics, both of the future design and the present relationships.

Cover art opts for an artistic rendering of monkeys rather than the poster with celebrity faces, on both the insert and the slip case. Even the reversible side is an inverted image rather than the movie poster. That’s appreciated because more than 25 years after release, you know who’s in 12 Monkeys. If you really need to see Brad Pitt, the booklet has an artistic rendering of him and there are plenty of stills from the movie within the booklet.