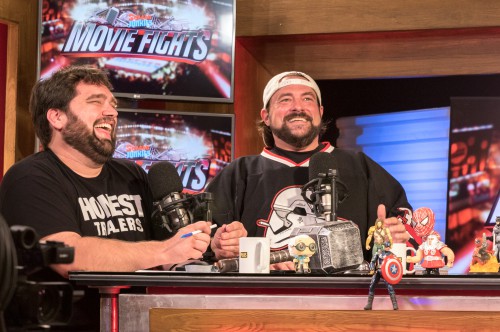 As we all consign ourselves to “Verdict Watch”, the Johnny Depp and Amber Heard trial has put into sharp focus the #MeToo era and the pitfalls of society’s default stance to believe all victims. This has given birth to the hashtags #JusticeForJohnnyDepp and the more universal #MenToo social justice campaigns. And just as we have seen in public support the fall and redemption of Johnny Depp, so too has Andy Signore experienced the same trajectory over on the wildly successful YouTube Channel, Popcorned Planet.

Through his commentary on the Johnny Depp trial, Andy has used his experience of being falsely accused by the #MeToo movement to provide a more personal perspective to the subject and create a meaningful relationship with his audience. Coupled with his reach and influence, he has also been able to pull in expert voices from all across the spectrum, from high flying famous lawyer Mr Christopher Melcher, to author and mental health expert Ann Silvers, to Hollywood costume designer Ami Goodheart. This melting pot of distinct voices has made Popcorned Planet the go to place for well researched and well presented unique content.

If you want to know more about what Andy has been through then watch his YouTube video HERE: however Andy’s strength is in looking forward and not back. This strength has seen him recover from his fall and achieve his own redemption as now his channel and success has grown exponentially to over half a million subscribers and routinely pulls in 1 million views per video. As Andy himself would say when you are down always GET BACK UP! 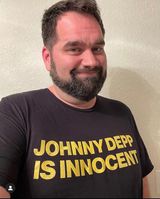 Now before Andy Signore’s detractors start wading in with their size 9 boots let me say that I am a victim of sexual violence, I was repeatedly raped, molested and sexually assaulted when I was child. As part of the survivorship community I would like to say that we do have a good instinct of who the real victims are and equally who the real monsters are. Now I am well aware that some will believe me and others will not however, I am confident in knowing THE truth as to what happened to me. As such I can self-assuredly say that in my opinion, conspiracy, theory, whatever, with all the evidence and receipts Andy Signore has at his disposal, he is not the monster that social media and Screen Junkies have made him out to be. May I remind you that this is coming from me, an actual victim of sexual violence therefore I do not write this or say this lightly. And as public opinion is turning the tide in favour of believing Johnny Depp, so too is the same happening with Andy Signore.

But as the Justice for Johnny Depp movement and Andy Signore has proven, society and social media needs to immediately step away from their default position of believing all victims WITHOUT question. Instead I implore you to utilise the method of critical thinking for when an allegation of this nature surfaces to the realms of public consciousness. Explore both sides to reach a rational and considered decision as to who to side with.

Because by subscribing to the widely adopted Me Too philosophy of believing all allegations you are actually doing a disservice of real victims of sexual assault like myself as there will be times where you blindly believe those who are lying! Those that lie about experiencing any form of sexual assault makes it harder for real victims like myself to achieve the justice we deserve against our own real life monsters. Furthermore, you overlook / ignore other victims in the situation such as Andy Signore and Johnny Depp i.e. those who are falsely accused of such malicious crimes.

As we enter the era of #MenToo my hope for the future is that such allegations will be considered more fairly as society and social media learns from its past mistakes. And as Andy Signore achieves his well earned and deserved redemption, join the rise with him and experience the real Andy beyond the lies over on Popcorned Planet.