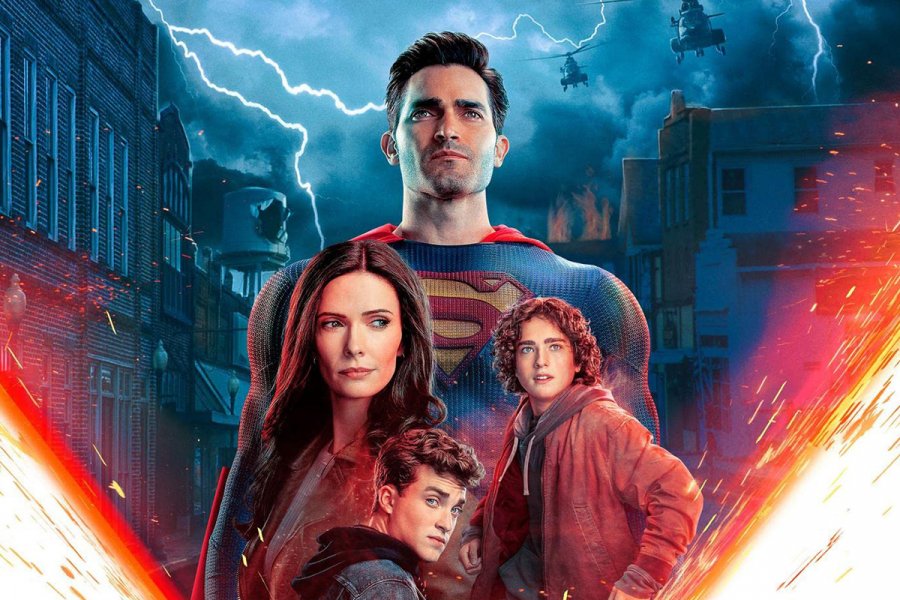 THE CW: The Superman & Lois finale confirms the obvious. That the show takes place on another Earth in the multi-verse. Not the same Earth that The Flash & Supergirl & The Green Arrow inhabit. And to that I say, D’uh! Because for the past two seasons, cataclysmic and possible world-ending events have happened on the show, but no other heroes have shown up to help, or even been mentioned. So no other explanation would’ve made any sense to me.

And this isn’t even the first time this has ever happened.  On TITANS, the Doom Patrol 1st appeared in an episode that introduced Beast Boy, Gar Logan.  He was a part of that team, until he left to join the Titans… But when THE DOOM PATROL spun off into their own series, they re-set things. Including the fact that Beast Boy was never a member of the team. And now they are flying solo in their own crazy universe, Titans not included.

SUPERMAN & LOIS  – THE SIDE NOTE: While Jonathan Kent did not receive superpowers, as I thought he should. It is hinted at that he will have advanced Kryptonian technology at his disposal going forward. Hopefully giving him a unique superhero skill-set, that can aid the family when the next big-bad is revealed…  And I call that; Justice For Jonathan.