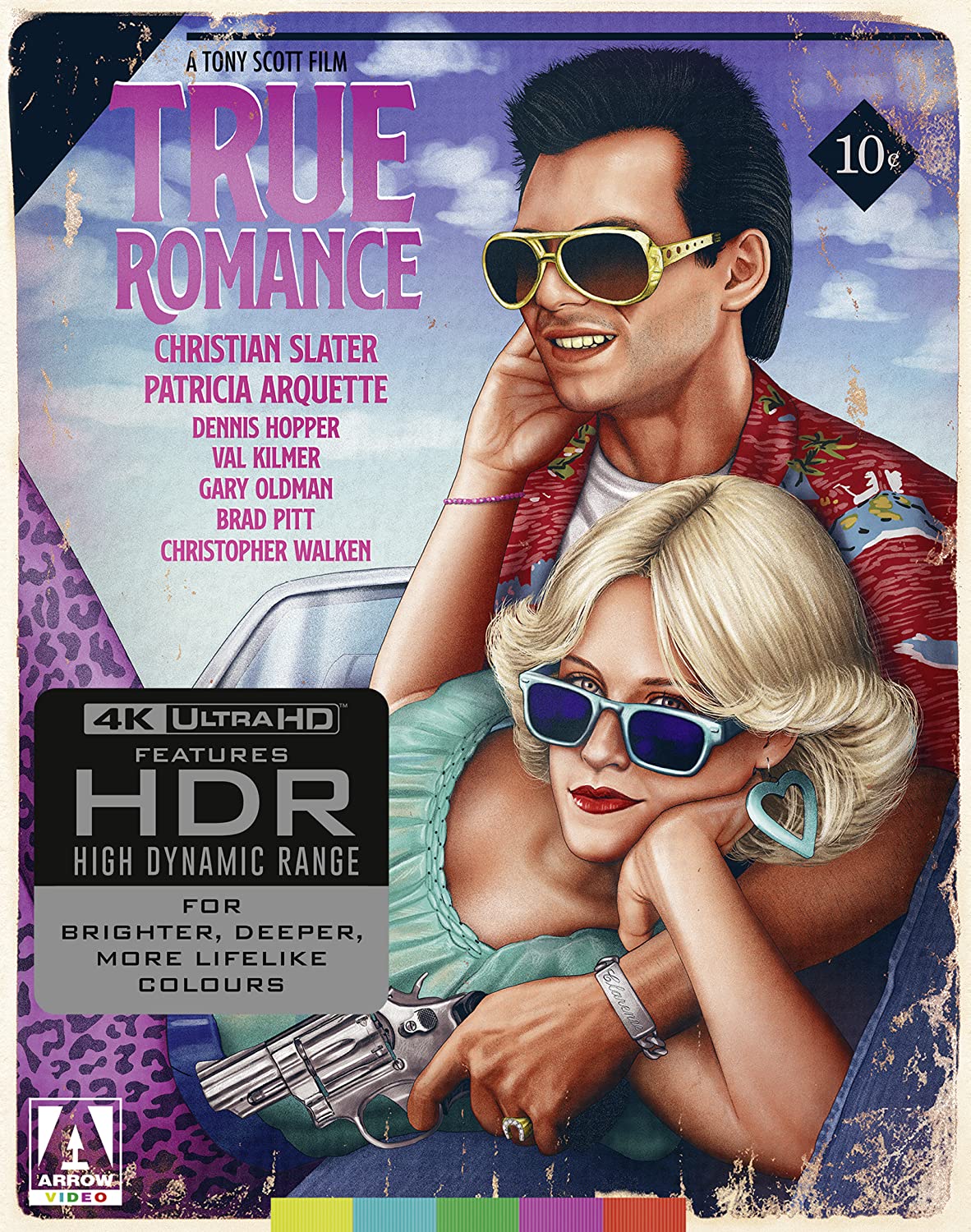 Arrow has put together another fine package with the True Romance 4K UHD. Perhaps much of it was already crafted for the Blu-ray release, but the upgrade is well worth it.

Tony Scott’s visuals really convey the difference between Detroit and L.A., even if some of the Detroit scenes were filmed in California. He gives the Act 1 scenes in Detroit a cold, winter feeling where you see the film grain and the smoky haze of interiors. Then a sunrise on the road to L.A. transitions the look of the film.

The bright, sunny California scenes are clear and colorful in contrast to Detroit. The characters transition into Alabama’s polka dot blouses and leopard pants, with her red lipstick, and Clarence with his flamboyant Hawaiian shirts. True Romance is full of Scott’s signature sunset shots too, where scenes occur at magic hour just because they do. The violence explodes as blood sprays from real squibs.

True Romance has a good sound mix, too. Hans Zimmer’s bubbly score bounces in the rear speakers. Drexl’s rap and club music fills the rears uncomfortably, too. The roller coaster also envelops you in your home.

Bonus features delve into the crafts of True Romance. Costume designer Susan Becker shows wardrobe tests for Patricia Arquette and Christian Slater. Co-editor Michael Tronick gives insight into collaborating with Scott and coping with an overflow of footage. There is Tony Scott footage somewhere that never got logged. For what remains in the film, Tronick discusses iconic scenes like the Drexl shooting, Christopher Walken and Dennis Hopper’s scene, and Elvis.

Marc Mancina and John Van Tongeren worked with Zimmer on the score, and they discuss how they’d divvy up scenes and collaborate with Zimmer. They also point out how True Romance led to the memorable music of Speed and The Lion King. Tony Scott biographer Larry Taylor also shares a perspective, and the 4 audio commentary from previous DVDs are included.

The box has cool new art. The poster with Slater pointing a gun around the corner was evocative, but now we’ve lived with True Romance. This is the image for fans who already know the movie.

The included booklet has four essays, twice as many as usual, each exploring the different ways Scott brought his unique touch to True Romance. Whether depicting hte film industry, the romance, or the Hooper/Walken scene, each author highlights something about Scott’s touch. Several also go into Scott’s career before and after True Romance, including the obituary by Edgar Wright. I personally appreciate the mention of Shoot ‘Em Up as influenced by Natural Born Killers in Nicholas Clement’s essay. One of the four is the 2008 oral history, which includes Scott himself, if you missed it online.

This True Romance 4K UHD set truly is the total package. It would be enough to have the movie in 4K quality, but between the new art, craftspeople’s insights and booklet enhance the appreciation for a fan favorite that’s already so cool. 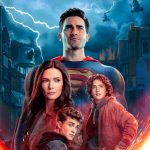