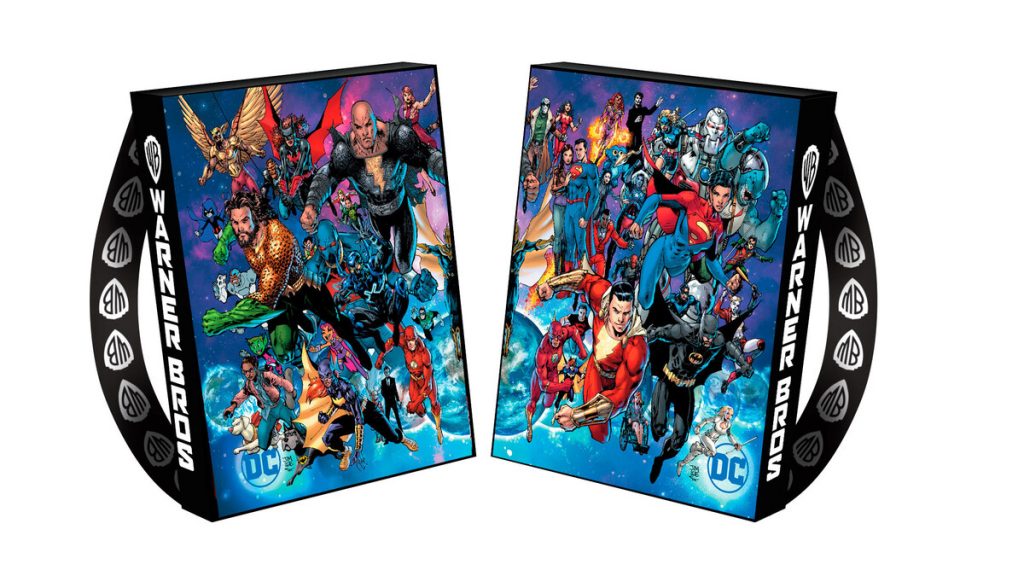 SAN DIEGO COMIC-CON 2022 is really starting to take shape.  Marvel will be there.  Apple TV+ will be there.  And now Warner Bros. Discovery is dipping their toe in the water… Here are the official words…

“See you in San Diego! Warner Bros. Discovery takes flight at Comic-Con® 2022, as the combined divisions of the company are joining forces to mark the first in-person presence in three years at the world’s premier comic book and popular arts convention. We’re back with a vengeance to present a series of can’t-miss panels, behind-the-scenes conversations, activations, and more to celebrate new and fan-favorite live-action and animated television series, movies, comics, and games from Thursday, July 21, through Sunday, July 24.

Fans can expect to see a panel for the HBO Original Series House of the Dragon, the prequel to Game of Thrones. Warner Bros. Television returns to Hall H with a panel for the highly anticipated new drama The Sandman, based on Neil Gaiman’s legendary DC comic, as well as the last-ever panel for the hit drama series Riverdale. DC activities include a must-see panel with Jim Lee and friends, deep dives into Dark Crisis and comics set in Gotham City and across the DC Multiverse, and a conversation between Tom Taylor & Tom King. Warner Bros. Games will take fans inside the Gotham Knights andMultiVersus video games. And that’s NOT all, folks! Warner Bros. Animation will unveil a first look at three series from the Looney Tunes Loon-iverse and answer burning questions about Gremlins: Secrets of the Mogwai. Fans can also test exactly how much they know about their favorite kids and family series on Cartoon Network and HBO Max. Don’t forget a panel with Sesame Workshop’s featured and furry friends behind Cartoonito’s newest preschool series Sesame Street Mecha Buildersand other favorite Muppets in the Sesameverse. Plus, Adult Swim will present panels for SMILING FRIENDS, Genndy Tartakovsky’s Primal, Rick and Morty digital spinoff series The Vindicators, andTuca & Bertie, and the TNets will give fans a ringside view of the AEW (All Elite Wrestling) franchise. HBO Max will also present a special advance screening of the first two episodes of the new season of acclaimed adult animated comedy Harley Quinn, and Warner Bros. Home Entertainment will host the world premiere of the original movie Green Lantern: Beware My Power.

And stay tuned for additional panels from Warner Bros. Pictures to be announced. (A Movie Panel would be my guess)