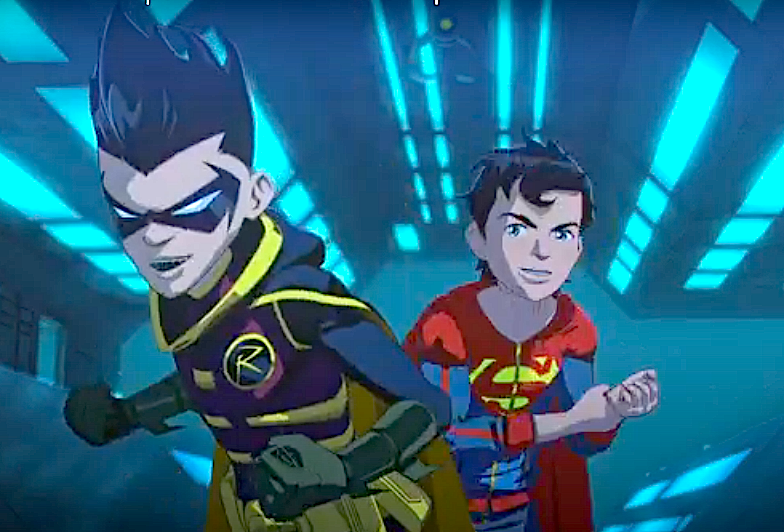 WB/DC:  In the DC Comics ‘Before-times’, Jonathan Kent (11) & Damien Wayne (11) teamed up for their own adventures.  And that comic book run was great. So I’m glad they went back to it to make this film.  Jon is the son of Lois Lane and Clark Kent, and Damien Wayne is the son of Bruce Wayne and Talia Al-Ghul (After a brief dalliance).  And for Bruce, it was a ‘he-didn’t-know-he-had-a-son’ situation, until Damian was dropped off at Wayne Manor. And Damien was raised by his mother Talia, Ra’s Al-Ghul,  and the League Of Assassins.  So he’s pretty badass, even at eleven. 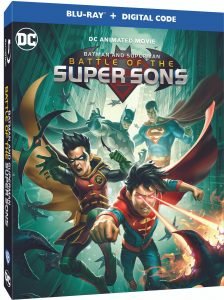 “Ahhhh, to be young … and charged with saving the world from impending doom! That’s the burden that 11-year-old Jonathan Kent and reluctant young sidekick Damian Wayne face in this all-new DC Animated Movie,” reads the film’s official synopsis. “On his birthday, Jonathan Kent learns his dad is Superman and that he has latent superpowers of his own! He also meets the legendary Dark Knight and current Boy Wonder, Damian. But when the two boys are forced to team up to protect their loved ones from a hostile alien force, will they become the Super Sons they’re destined to be?” 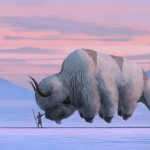