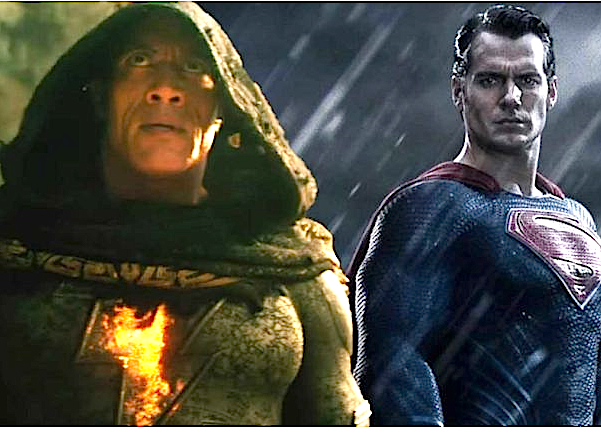 DC/WARNER BROS:  Recently, a fan commented on one of Johnson’s tweets, expressing his desire to see Cavill-Superman and Black Adam appear together in Black Adam.

And the Rock gave a rather upbeat comment in return…

“From back in the day when I was wrestling in flea markets for $40 bucks a match, all the way to now. I’ve learned to always listen to the audience because they will always lead you to where you need to go.
I hear you & I always got you.”

Now, does this mean that this time we’ll see Superman, face and all, in a Black Adam cameo?  Remember that there was a super-brief  Superman cameo in Shazam where you saw a body in Cavill’s Superman suit, but they didn’t show his face (It wasn’t Cavill)… So I don’t know what to think.  But I’m betting that they wouldn’t try that lame stunt AGAIN. And while it’s hard to know exactly what The Rock meant.  As Cavill Superman fans; we can dream. #HenryCavillSuperman