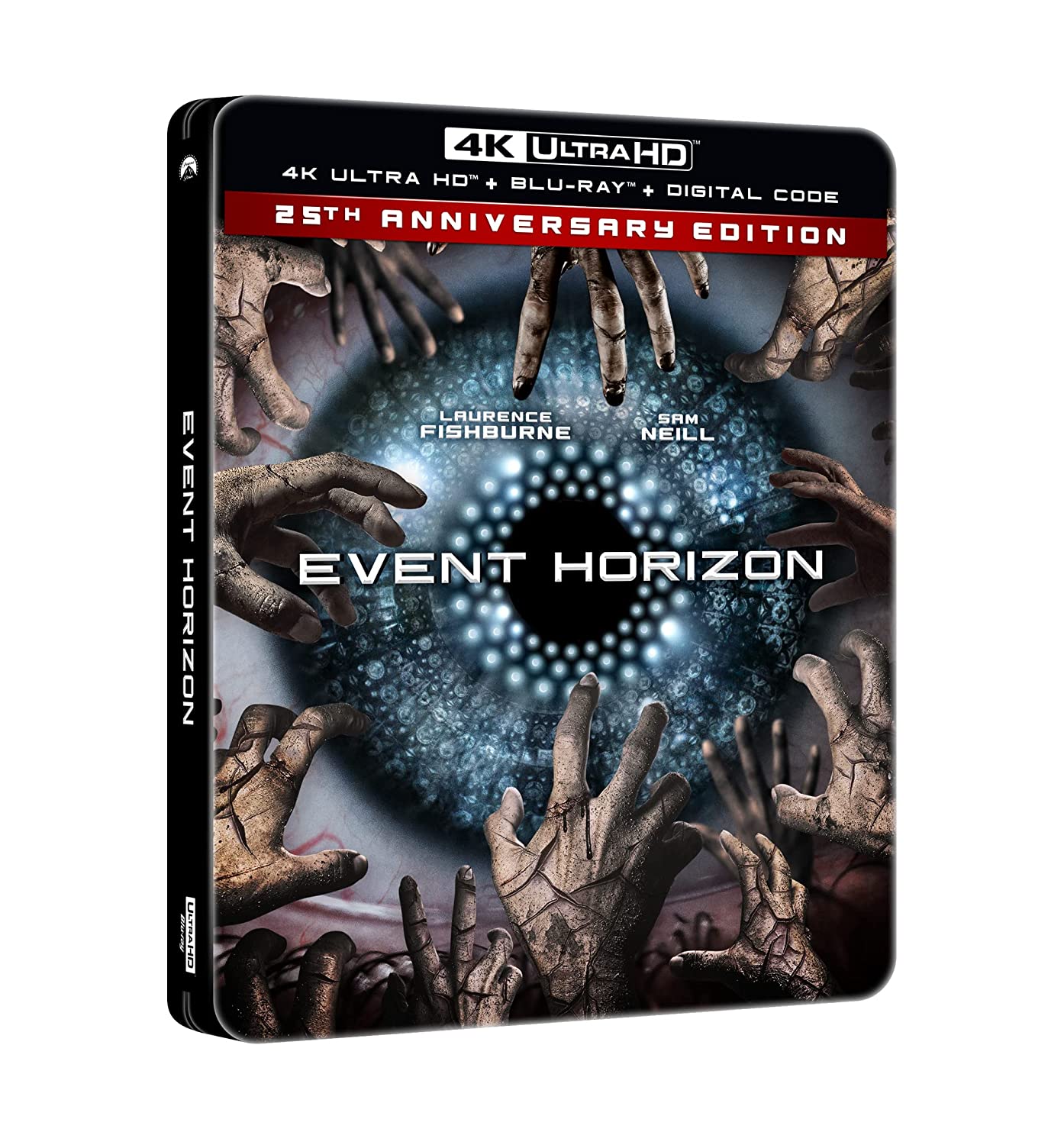 The Eventissance (Horizissance?) has been good to us. Last year we got the Scream Factory special edition Blu-ray. Now Paramount themselves have presented the cult favorite Event Horizon in 4K.

Space movies really show off 4K’s ability to capture the subtle nuances of deep space, and Event Horizon is no exception. Exterior shots show the ships floating through different levels of space. The interiors of the ships are all dark with subtle grades of shadows.

The unique shapes of jagged corridors and the heart core of the Event Horizon offer lots of textures to see in 4K detail. You can even see the film grain in lighter areas like the beige padded cabins of the Lewis and Clark.

The surround sound is subtle, so it’s not a constant space rumble. You hear some thunder in the rears as the Lewis and Clark approaches the Event Horizon. As they explore the ship, debris floats behind you. The taunts from supernatural forces also come from behind to lead crew members where they shouldn’t venture.

The Paramount 4K UHD has all the previous bonus features on the Blu-ray copy, too. I recall Paul W.S. Anderson talking about how Kurt Russell’s Soldier training regimen afforded him the time to make Event Horizon, and plenty of discussion about the original cut which has been lost. 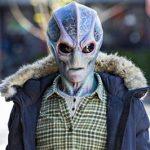 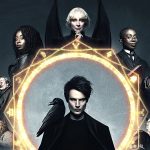