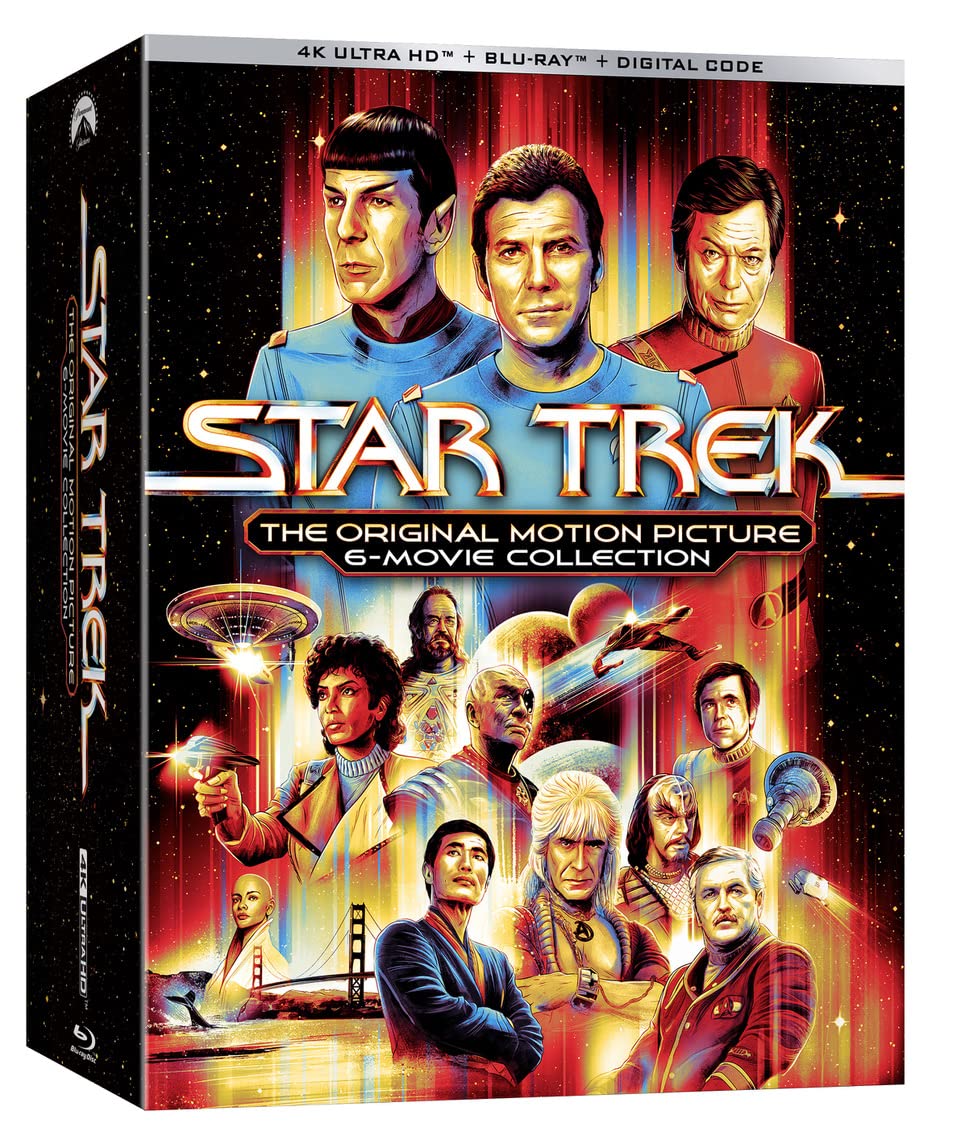 Paramount has upgraded the last two films of the Star Trek original cast to 4K, making a complete six-film set. It now also includes the the Director’s Edition of Star Trek: The Motion Picture. The first four films were previously available in a 4K collection so this review will focus on the new ones.

I will defend Star Trek V: The Final Frontier. It has script and budget issues, but it’s hardly a Speed 2 franchise killer. It’s a perfectly good space adventure where the Enterprise gets roped into a rescue mission that turns more dangerous, and it’s Shatner unleashed.

No longer does Shatner have another director reigning in his performance as Captain Kirk. He can go as big as he wants under his own stewardship. The film gives the whole crew a chance to work together, which is not always a given with these, and the flashbacks to personal pain are heartbreaking.

Compared to some of the other films, 4K may point out how Trek V pales in comparison. There is a certain haze to the overall aesthetic, partly from the desert planet Nimbus III and earthbound scenes around Yosemite’s mountains. The Enterprise itself has seen better days by this mission, too. The ship looks very gray and beige, but Klingon ships show a bit more grit and texture.

Those are aesthetics inherent with the film though. The transfer shows the 4K deserts of Nimbus III through the sandy wind. Visual effects pop as those elements are set against pitch black space. Uhura’s dance in the moonlight, while narratively questionable, creates a beautiful silhouette and the Nimbus III nightlife glows neon. When the lights come down on Kirk or other crew members, that’s when 4K really helps create the mood.

The soundtrack on Trek V is strong, too. The ambient rumble and wind creates the environment of Nimbus III. You can hear Sybok’s horse gallop behind you. Likewise, in space, the Klingon Bird of Prey swings behind you. The majestic score fills all speakers too.

Star Trek VI: The Undiscovered Country needs no defense. It is the business, a bona fide political thriller aboard the Enterprise and between alien cultures.

In 4K, the lighting and color of Star Trek VI is more consistent with the series. The Enterprise bridge itself is upgraded to a much more dynamic layout. Off the ship, Kirk and Bones find themselves on trial in a vast pillar of darkness. In prison caves they encounter eclectic aliens, and venture onto the planet’s fraught surface.

Futuristic images shine, like what must be a matte painting showing what San Francisco will look like in a few hundred years. Space visuals remain stellar, yet the whole endeavor maintains a healthy film grain look, like it did on screens in 1991.

The soundtrack offers more steady rumble as the Enterprise passes. Another standout surround moment is during the trial, when onlookers rabble.

The Motion Picture is truly stunning. Clearly it’s gotten the most detailed restoration of the batch as it’s 1978 image is perfectly smooth in a way that works for the cerebral sci-fi film. The enhanced visual effects of this edition contribute to that look.

When Spock is on Vulcan, the rocky mountains are already sharp. But those bright red status they added give it the extra alien look. The bustling Starfleet dock in San Francisco is fully of sharp activity in the background.

The space visual effects are still in the space opera mold of 2001, even with CGI additions. When Kirk approaches the Enterprise in real time, you have time to appreciate the detailed model work blown up to a 4K screen. The interior of V-ger is luminescent.

Sound-wise, the theme has stinger chimes in the rear. The soundscape is full of space sounds, especially when they enter V-Ger.

Now do the Next Generation films in 4K already! 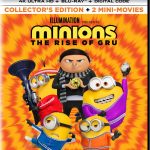 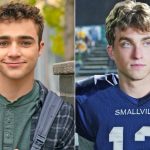