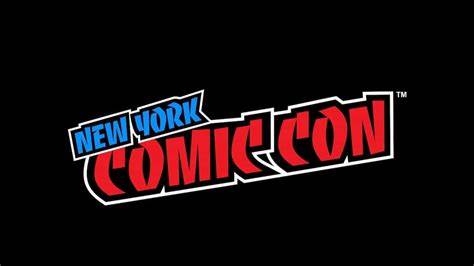 San Diego Comic-con was cool and all, but ‘Warner Bros.Discovery’ really didn’t come to play.  They were totally absent from the convention floor, and their panels weren’t all that impressive.  But it looks like they’re finally getting their head in the game when it comes to New York Comic-Con.

Warner Bros. Discovery is back in New York City, with fan-favorite shows, comics and more from an incredibly wide line-up across the combined divisions of the company, with a series of can’t-miss panels, activations and more, from Thursday, October 6, through Sunday, October 9.

HBO Max and DC’s Doom Patrol will take to the main stage with fan favorites like Brendan Fraser, Diane Guerrero,April Bowlby, Joivan Wade, and Michelle Gomez. On the show floor, fans can walk into Titan’s DC S.T.A.R. Labs(Booth 1001), an interactive lab facility complete with hero testing stations, supersuit reveals, fan giveaways, surprise guest appearances, and much more. They can hear more about how the lab will play a pivotal role in season four of DC and HBO Max original series Titans when star Brenton Thwaites, showrunner Greg Walker, and more to be announced cast take the mainstage to talk about the hit show.

HBO will also give a first look at the final season of His Dark Materials, with executive producers Jane Tranter andDan McCulloch and series stars Dafne Keen, Amir Wilson, and James McAvoy.

Fans will also be treated to a screening of the season three premiere of Pennyworth: The Origin of Batman’s Butler, with series stars Jack Bannon and Ben Aldridge along with executive producers Bruno Heller and John Stephens.

And fans of frights have a lot to look forward to, with original adult animated series Velma pulling the mask off the origin of the unsung hero of the Scooby-gang, Velma Dinkley. Executive producer Mindy Kaling, who also voices Velma, along with showrunner Charlie Grandy and special guests offer a sneak peek at the first episode.

DC is bringing comic guests, announcements and more, with DC CCO & Publisher Jim Lee there to host a panel full of surprise guests talking about what’s next in comics and more, as well as a Harley Quinn 30th pop-up activation, fan giveaways and more–make sure you’re following @DCComics on social for updates and additional announcements.

The youngest of fans and their families can join the Cartoon Network festivities with a sneak peek under the hood of DC’s first-ever Batman preschool series, Cartoonito’s Batwheels with all-star voice cast Jacob Bertrand, Xolo Maridueña, Lilimar, AJ Hudson; a Trick or Treat Scooby-Doo! screening; and a special conversation with acclaimed director Genndy Tartakovsky.

And fans of the long-running genre favorite Supernatural will get a sneak peek at The CW’s eagerly awaited upcoming prequel series The Winchesters, from Warner Bros. Television.

I see you CW!  Why no sneak peek at the new Gotham Knights? You know; the new CW show where Batman has been murdered and his ‘son’ tries to solve the crime. The ‘son’ that isn’t Dick Greyson or Damien Wayne, or any of the other ‘Robins’ from comic-book canon.  The 1st trailer came out 3 months ago, and was God-Awful…  Is that why the show doesn’t even get a mention? watch the trailer and judge for yourself…

*So what else is missing? Where is the big MOVIE PANEL?  Is the DCEU in such disarray that they’ve got nothing to show?  On October 21st, Black Adam will be in theaters.  So good, bad, or ugly, word will already be out about it.  But Shazam, Aquaman, and The Flash are all dropping next year, hopefully.  So surely they should be able to pull a presentation together to promote those three films.  Even if Aquaman and Flash are still being worked on. 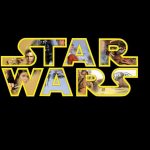 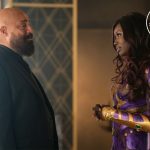