DISNEY/STAR WARS: Remember Disney’s Investor Day presentation in late 2020? STAR WASR: ROGUE SQUADRON was by far one of the most intriguing new films announced. Director Patty Jenkins promised to deliver “the greatest fighter pilot movie of all time” when the film eventually hit theaters on December 22, 2023. But last fall, Lucasfilm axed its initial plans to start shooting the film this year. It took almost a year, but Disney has finally taken Rogue Squadron off its release calendar altogether. I wonder if this has anything to do with the gosh awful Wonder Woman 1984? She got the gig after the first Wonder Woman film, which she didn’t write. But that film was fantastic. I’m just saying. Did Disney have a change of heart?

D23 did not announce any new Star Wars films. So when will we see Star Wars on the big screen again? Your guess is as good as mine. 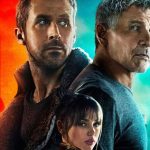 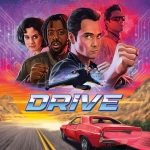