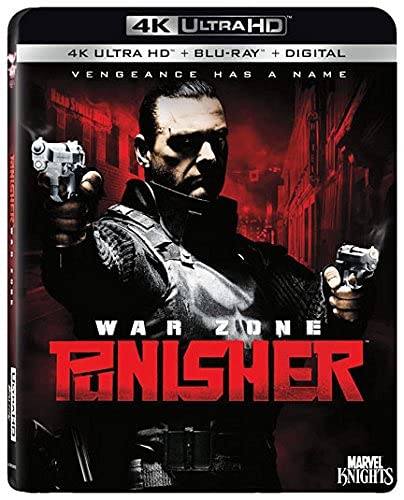 It’s great to see the love Punsiher: War Zone has received since its 2008 release. That fanfare has warranted a 4K UHD edition for its 10th anniversary. Now a Best Buy exclusive steelbook gives us a chance to revisit the 4K which exemplifies the film’s heightened primary color comic book aesthetic.

You can tell it’s 4K right from the opening shots of New York City at night with all the glowing lights. The mansion of Frank Castle (Ray Stevenson)’s first hit glows with gold light in the windows, and the fountain up front.

When he chases Billy (Dominic West) into the glass plant, the yellow gives way to some green. Green continues in lights along the subway, through the tunnels.

By the time Russian and Chinese gangs are lit with red light, it should be clear that Punisher: War Zone is not interested in subtlety, but it’s effective. The Irish are lit green.

The ultraviolence of Punisher: War Zone is explicit in all its glory. The cemetary scene at Donatelli (Romano Orzari)’s funeral has a warm hue that makes it feel tragic with all the violence that ended up there, both gangsters and Castle’s family.

In addition to the 4K picture, the surround sound is a treat. Immediately the mix makes the score hum behind you. Gunfire remains mostly in the front, but a couple of ricochets bounce and there’s some background clanking in the glass plant scene.

The sound ramps up just like Castle’s violence does. In the final gunfight you’ll hear gunfire echoing behind you and explosions all around. Even punches swing behind you, and lots of muffled silencer shots put you right in the middle. One pivotal gun cock in the left rear gives Frank the location of a hit squad, so it’s almost interactive. 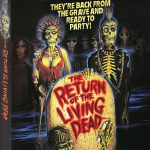 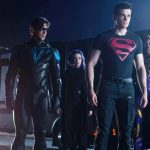