THE HOLLYWOOD REPORTER calls STRANGE WORLD a ”Disney Charmer… an animated adventure film about three generations of explorers who chart unknown territory in order to save their city.” And it is currently sitting on a 72% Fresh Rotten Tomato score. Not great, but not bad either. It has got positive reviews from some very reputable sources, and some bad reviews too. But why has Disney positioned this film to fail so miserably? They barely promoted it, and then debuted it against Black Panther 2, a Disney box office behemoth.

I am not saying this film is great, having not seen it. But why is Disney’s Strange World being killed at the box office from friendly fire. I mean, a little over a month ago there was nothing new in theaters. Why didn’t they drop it then? Because Obviously they must have known that Black Panther 2, their own guaranteed blockbuster, was going to crush the smaller film. So why would you choose to compete against yourself? Shoot yourself in the foot like that? It makes no financial sense. Which is probably another reason why Bob Chapek was unceremoniously given the boot last Sunday night, and former CEO Bob Iger Is back in the driver’s seat… That’s all I’m saying. 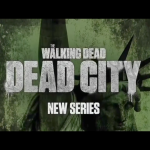 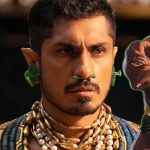 DON’T HOLD YOUR BREATH WAITING FOR A SOLO ’NAMOR’ MOVIE

DON’T HOLD YOUR BREATH WAITING FOR A SOLO ’NAMOR’ MOVIE