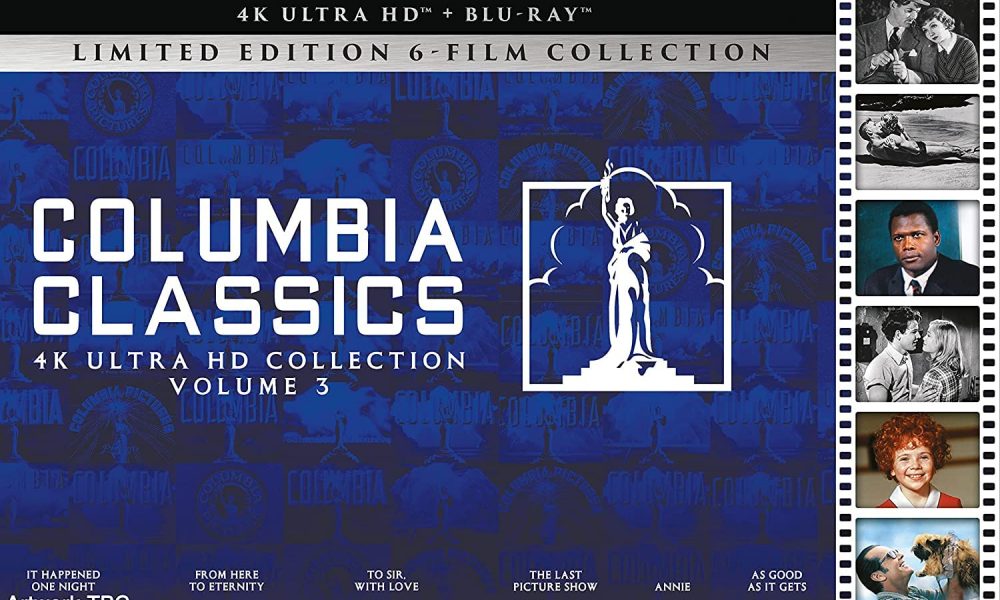 Sony Pictures Home Entertainment’s third collection of Columbia titles on 4K UHD is their best yet. Not only is it a solid six movies, but most of these include additional franchise entries. There’s still time to get it for Christmas, or if you’re getting your first 4K for the holidays and you’re ready to explore.

I already wrote about the three black and white movies in this collection: It Happened One Night, From Here to Eternity and The Last Picture Show. The interesting bonus on It Happened is the remake You Can’t Run Away From It starring Jack Lemmon. What’s most surprising is how much of the dialogue is verbatim, though they add musical numbers and change a few scenes. The river crossing happens during the day now.

From Here to Eternity comes with a TV miniseries remake, and a pilot for the TV series. That’s interesting because the stars include William Devane, Kim Basinger, Don Johnson and Natalie Wood. The pilot is missing some music, including the theme song, which seems like it might’ve been worth paying for but who knows? The series are already much freer about discussing sex and the miniseries gives a bit more time to go into military bureaucracy and romantic affairs. The miniseries ends at Pearl Harbor and the series begins there, with diminishing returns budget-wise. A VHS glitch on the master tape remains in the pilot.

To Sir, With Love is the first color movie in the set. It has a saturated, psychedelic ‘60s color scheme which Thackery (Sidney Poitier)’s formal suit contrasts. There are a lot of closeups in this movie and they are intense in 4K. They made a To Sir With Love 2 for television, but Poitier returns and Peter Bogdanovich directed it, so it’s no knock off. That means this set contains two Bogdanovich movies, too.

The TV movie sequel still looks good in Blu-ray quality, because it’s shot on film. There is a hilarious smash cut to Chicago street gangs that are very safe for TV. They’re still more believable than Dangerous Minds though. There is also a TV pilot for a To Sir With Love series, which seems more faithful to the film than From Here to Eternity which felt rushed and comprised of a lot of first takes.

The Last Picture Show also has a sequel, but they did not include Texasville in this collection. That film remains rare on out of print DVDs.

Annie is a full color, widescreen extravaganza, You’ll still see the grain of the original film, but outside the orphanage is really pitch black while Annie’s window and the brick outside it are illuminated. When it’s lights out for the orphans, that has the same effect. Even daytime exteriors on the fire escape makes pockets of shadow.

The New York street feels heavily populated and textured, a mix of location work and backlot. Annie (Aileen Quinn)’s cheeks glow when she smiles. Daddy Warbucks (Albert Finney)’s lavish mansion showcases shiny clean wood floor, stained glass ceilings and marble stairs to contrast the orphanage. When they got to Radio City Music Hall, the theater again is shrouded in shadow and the whole finale at night on the draw bridge shines.

As a musical, Annie showcases good surround sound effects too. The music fills the speakers lushly with the backing band. The best is “Hard Knock Life” dominating the rears and subwoofer. “Little Girls” also has some good rear horns, and balloons will pop behind you to freak out your pets.

They’ve also included a 1930s Little Orphan Annie short. Made in 1932, that was still during the actual Great Drpession! It’s easy emotion, but sweet child actors tug at your heartstrings.

Finally, As Good As It Gets is a real world drama that shows off reality in 4K. You’ll notice wrinkles in the upholstery of Jack Nicholson’s favorite diner booth, and closeups of all the fur on the dog’s face. The atmosphere of 1997 also fills rear speakers with party chatter and street noise, as well as the film’s score. 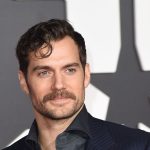 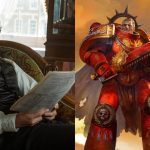